IDR provides cutting edge academic and practitioner programs to enrich both students and professionals. These courses support the overall mission and objectives of the institute advancing connectivity for the mediation academic discipline.

The Institute for Dispute Resolution (IDR) has been approved by the International Mediation Institute (IMI) to provide a Qualifying Assessment Program for mediators looking to become IMI Certified. The QAP program and the IDR assessors look to review the knowledge, experiences, and skills of a mediator and determine if they fulfill the criteria set for IMI Certification.

These are exact benchmarks that assessors will be reviewing each applicant will be surrounding the following topics:

Please follow the instructions below for submission and more information of the IDR QAP:
To meet the criteria, please see: IMI Qualifying Assessment Program 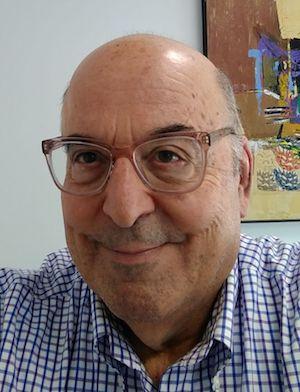 Robert E. Margulies is a partner in the law firm of Schumann Hanlon Margulies, LLC. He is admitted to practice in New Jersey (1975), New York (1980), Massachusetts (1977) (inactive status), the United States Supreme Court and the Second and Third Circuit Courts of Appeals. He maintains a full service law practice with concentration on litigation, commercial matters, personal injury, civil rights, employment and discrimination, insurance, products liability and Appellate practice. He has tried numerous civil, chancery, probate, family and criminal cases and has participated in at least twenty cases with published opinions. He has also developed an active mediation and arbitration practice. Since 1995 he has presided over at least eighteen hundred mediation cases in a variety of areas from class actions to condominium disputes, probate matters, employment/discrimination, personal injury and commercial claims. He is a member of the NJ Chapter of The National Academy of Distinguished Neutrals (“NADN”). He received accreditation as a Mediator from the prestigious, London based, Center for Effective Dispute Resolution (CEDR) in 2011. He was nominated by peers to be listed in the International Publication, Who’s Who Legal Mediation 2015.

A member of the American and New Jersey State Bar Associations, Mr. Margulies is a Past President of the Hudson County Bar Association, a former Master of the Hudson American Inn of Court, a former Master of the Family Law American Inn of Court and Founder, Executive Director and Past President of the Justice Marie L. Garibaldi American Inn of Court for Alternative Dispute Resolution. He serves on the Supreme Court of New Jersey Complementary Dispute Resolution Committee. Mr. Margulies formerly Chaired the NJSBA Dispute Resolution Section and Executive Committee of the State Bar General Council, as well as a past President of the Association of County Bar Presidents. He served for 7 years on the NJSBA Judicial and Prosecutorial Appointments Committee. He is on the rosters of the American Arbitration Association and the Superior Court of New Jersey as a mediator. He serves as a Mediator Mentor and formerly Co-Chaired the Facilitating Committee for Mediation by appointment of the New Jersey Supreme Court. He is also a Fellow of the American Bar Foundation.

Mr. Margulies received the Boskey Award as ADR Practitioner of the Year in 2003. In 2006 the New Jersey Institute for Continuing Legal Education presented him with their Distinguished Service Award. He has been the principal lecturer for N.J. ICLE in the areas of Mediation and Arbitration for over two decades. He received the Jeydel Award in 2011 for ADR Excellence from the Garibaldi Inn of Court. He has been recognized by the independent rating organizations as a Super Lawyer, Best Lawyer in America and the New York Area’s Best Lawyers in Alternative Dispute Resolution and has consistently maintained an AV rating from Martindale-Hubbell. He has taught negotiation at Peking University in Beijing for BIMBA students and taught Advanced Mediation as an Adjunct Professor at Seton Hall Law School, as well as Negotiations at Rutgers Law as an Adjunct Professor.

He serves on the Boards of RWJBarnabas Health and Jersey City Medical Center-Barnabas Health, where he is Chairman and CIPC, a Bermuda Captive Malpractice Insurance Carrier.

Mr. Margulies received his A.B. degree from Duke University in Durham, North Carolina and his J.D. degree from Suffolk University Law School in Boston, Massachusetts. He served in the U.S. Army as a 1st Lieutenant in the Medical Service Corps from 1968 to 1971, with a tour of duty in Viet Nam. 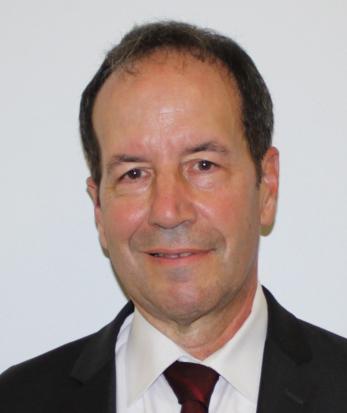 Michael O’Neill joined New Jersey University’s School of Business as an Assistant Professor of Accounting in Fall 2018. Prior to joining the faculty at NJCU, Professor O’Neill had several years of university teaching experience as an adjunct accounting instructor at two major local universities. Before joining academia, Professor O’Neill, as Vice President of Internal Audit for a major global media/entertainment company, helped build and lead a best-in-class internal audit function. During Professor O’Neill’s 22-year tenure at the media/entertainment company he partnered with senior management and solved real-world operational issues, managed risk, and also identified numerous cost savings and revenue enhancement opportunities. Earlier, as Division Controller for a major retailer Mike oversaw accounting and financial operations for department and specialty store lines. His global experience spans the consumer entertainment, media/advertising, manufacturing, online, and retail sectors. Professor O’Neill has a BS in Business and an MBA in Accounting from Fairleigh Dickinson University and is a Certified Public Accountant (CPA) and Chartered Global Management Accountant (CGMA).

Kenneth N. Rashbaum is a partner in the New York law firm of Barton LLP, where he heads the Privacy and Cybersecurity Practice. He  advises multinational corporations and healthcare organizations in the areas of privacy, cybersecurity, technology transactions and e-discovery. He counsels these organizations on information management and its compliance with federal, state, and non-U.S. laws and represents them in litigation, arbitration and governmental investigations. Ken also prepares and negotiates contracts and license agreements for financial services, life sciences e-commerce companies and facilitates merger and acquisition due diligence inquiries concerning privacy and cybersecurity. He also and advises clients on cyber risk insurance and other information use safeguards. Ken is experienced in preparation of protocols for compliance with data protection and privacy laws in the U.S. and other countries, conduct of information security and data breach response assessments, and investigations and remediation initiatives. He  also prepares and negotiates licensing and service agreements that comprise representations and warranties on data protection compliance. Ken serves as a special consultant to the New Jersey Assembly and has assisted in drafting data protection legislation. He  is also an Adjunct Professor of Law at Fordham Law School and was formerly an  Adjunct Professor of Law at his alma mater, the Maurice E. Deane School of Law at Hofstra University, where he received his J.D. Prior to joining Barton, Ken was a senior litigation partner and founding co-chair of the cybersecurity practice at Sedgwick LLP (formerly Sedgwick, Detert, Moran and Arnold).

Arun Shroff is a serial tech entrepreneur and business leader. He is co-founder/CTO at Medindia, a leading health website, visited by over 15 million visitors each year. He is also founder/CEO of Xtend.AI, a startup using AI to solve challenges in health and other domains. He is a topic lead and member of WHO/ITU’s  Focus Group on AI for Health and has been an invited speaker on AI at UN and WHO conferences. Arun has a MS in Computer Science from Penn State, MBA from IIM Ahmedabad, B. Tech from IIT Madras & certifications in AI and Machine Learning.