NJCU IDR/ECCOM Magazine Publication Partnership
The New Jersey City University (NJCU) Institute for Dispute Resolution (IDR) has established, in cooperation with eCCO corporate communications magazine, the IDR International Mediation, Global Business, and Global Affairs Scholarly Article Depositories. The aim of the depositories is to provide a platform for scholars and practitioners to share and publish articles about international mediation, dispute resolution, global business affairs, diplomacy, international communications, and political risk analysis. It is also our purpose to encourage innovation and content creation in these fields by providing a platform for publishing and disseminating new ideas in these highly important professional and academic fields. The backbone of the new platforms is IDR’s collaboration with eCCO corporate communications magazine, which agreed to publish the articles submitted to the depositories on their website. The International Mediation Depository and the Global Business and Global Affairs Depository are led by an Editorial Board consisting of distinguished scholars and experts in our fields, who are dedicated to encouraging high-quality new scholarship and professional analysis in international mediation, global business, and global affairs, in the 21st century.

Commerce and Industry Association of New Jersey (CIANJ)
The Commerce and Industry Association of New Jersey is a unique network of businesses committed to improving and advancing the cause of free enterprise in the Garden State. Our focus sets us apart from other organizations and provides the basis upon which we work to make our state a better place to live, work and conduct business.

COMMERCE, the flagship publication of CIANJ, reaches more than 40,000 business leaders. Established more than 40 years ago, COMMERCE is dedicated to covering key business trends and issues and advocating for New Jersey’s business community. 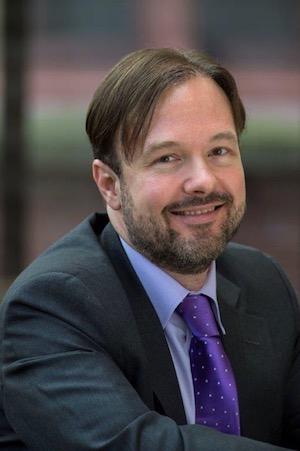 Zoltán Fehér is a diplomat-scholar. He is currently an Adjunct Lecturer at the Political Science Department at Tufts University, and a Research Fellow at the Center for Strategic Studies at The Fletcher School of Law and Diplomacy. In 2020-2021, he is a World Politics & Statecraft Fellow with the Smith Richardson Foundation.

Fehér served in the Hungarian government for 12 years as a professional diplomat. In 2005-2009, he worked as foreign policy analyst and spokesperson for the Hungarian Embassy in Washington DC. He was Hungary’s Deputy Ambassador (2011-2014) and Acting Ambassador (2012, 2014) in Turkey.

Since 2002, he has conducted extensive research and taught undergraduate- and graduate-level courses in diplomacy and international relations. In his research, he has focused on the global balance of power, US foreign policy and grand strategy, Trans-Atlantic relations, Central and Eastern Europe, China and Turkey. He has taught at the Harvard Kennedy School, Harvard Summer School, Massachusetts Institute of Technology, The Fletcher School, Ivy League Summer Institute (Harvard Law School), Eötvös Loránd University (Budapest), King Sigismund Business School, and in the joint program of Pázmány Catholic University of Hungary and the University of San Francisco. In 2016, he worked as a teaching assistant to Joseph Nye at the Harvard Kennedy School.

Fehér is also an expert in geopolitical risk, working with Duco Advisors, GlobalWonks, and companies in the financial sector. In 2017-2019, he served as the Co-Chair of the Fletcher Political Risk Conference, the only political risk industry forum in North America.

He graduated from the Harvard Kennedy School with a Master in Public Administration. In addition, he holds Master’s degrees in Political Science and American Studies from Eötvös Loránd University, Budapest, and a Law degree (JD) from Pázmány Catholic University, Budapest.

Fehér is currently pursuing his PhD in International Relations at the Fletcher School of Law and Diplomacy, Tufts University. His dissertation focuses on how U.S. strategy facilitated China’s rise in 1969-2019 in spite of shifts in the global balance of power. He has studied with Joseph Nye, Stephen Walt, Niall Ferguson, Robert L. Pfaltzgraff, Jr., Monica Toft, and Richard Rosecrance. He has been the recipient of the Vali Scholarship (Harvard Kennedy School), Bradley Fellowship, Provost Fellowship and Graduate Competitive Initiative Fellowship (Tufts University), among other awards.

Timur Pakay is Associate Director of Executive Education at Columbia University Fu Foundation School of Engineering and Applied Science and oversees a portfolio of online executive education courses and technical boot camps for working professionals. Prior to joining Columbia, Timur was Executive Director of the Rothman Institute of Innovation and Entrepreneurship at Fairleigh Dickinson University where he oversaw many outreach programs, including a veterans entrepreneurship program, a family business forum, business plan competitions, an entrepreneurship summer camp for high school students, executive workshops and roundtables, tech meetups, and large-scale recognition events. Timur was instrumental in growing programs through fundraising and marketing efforts and worked with his Advisory Board and the Dean of the business school on a new strategic plan for the Institute.

Timur has over 14 years experience of working in higher education, is a fluent speaker in French and Turkish, and holds a BA in French from Boston College and an MA in Government and Politics from St. John's University. Timur resides with his family in Riverdale, Bronx. 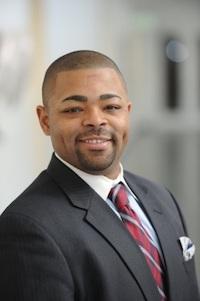 Maurice Robinson serves as EEO & Fair Housing Officer and Executive Agency Counsel for the New York City Housing Authority (NYCHA) Department of Equal Opportunity. He supervises the Office of Employment and Fair Housing Investigations and the Services for People with Disabilities Unit. 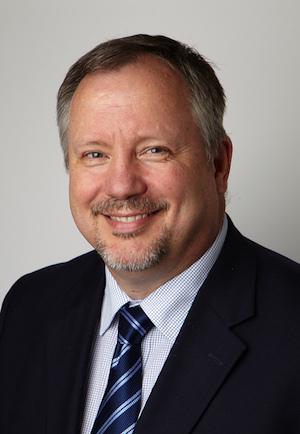