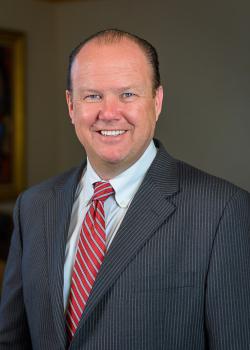 A 33-year Wall Street veteran, and long-time member of the New York Stock Exchange, he founded McSherry & Company in 1988, eventually growing it into one of the largest independent brokerage firms on the floor of the NYSE. In 2000, his firm was acquired by SunGard Global Execution Services, and Bernie served as CEO of its New York and London-based Broker/Dealers for two years following the acquisition. He then joined Prudential Equity Group in 2002 and held the position of Managing Director-Head of Sales Trading and NYSE Operations, before joining Cuttone & Company as Senior Vice President for Strategic Initiatives in 2007. Dr. McSherry has served in a number of leadership positions within the financial services industry and has chaired several New York Stock Exchange committees, including the Equity Traders Advisory Committee. He was a member of the Market Performance Committee and served as a New York Stock Exchange Governor for six terms. He has served as a member of the Board of Directors of the National Organization of Investment Professionals (NOIP). He is a past President of the Alliance of Floor Brokers, an industry trade group.

Dr. McSherry has regularly appeared as a market commentator on CNBC, FOXBusiness, Bloomberg and CBS and he has offered periodic commentary on ABC, MSNBC, CNN, BBC, NPR, Reuters and AP. His market views have been frequently quoted by the Wall Street Journal, Reuters, Bloomberg and other media outlets. His writings have appeared in Barrons, Financial Times, Forbes.com and other publications. Dr. McSherry joined NJCU in 2011 and he has served as an Associate Professor of Finance and the Founding Dean of the NJCU School of Business since July 2014.