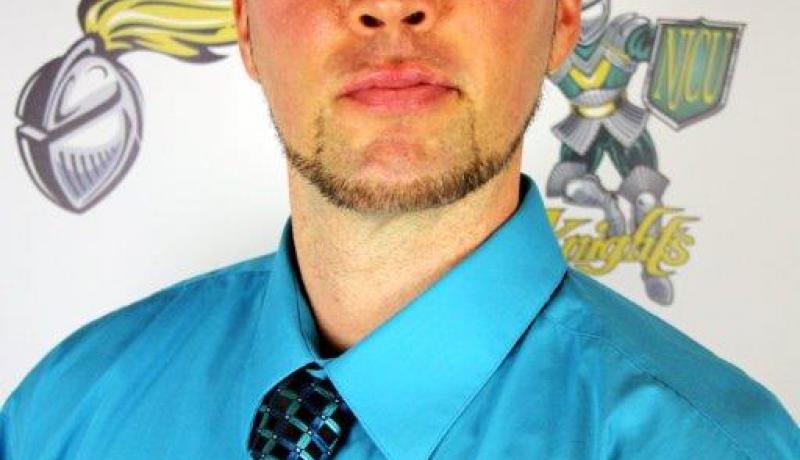 Patrick Devaney `12, a former men’s basketball student-athlete and women’s basketball assistant coach, has been named the next head women’s basketball coach at New Jersey City University (NJCU). Devaney, who rose to the top after a thorough review of candidates from around the nation, will be the 15th head coach in the 49-year history since the program was founded in 1970.

Shawn Tucker, Associate Vice President and Director of Athletics, said: “It is with great excitement that we announce Pat Devaney as the next leader of the NJCU women’s basketball program. During the interview process, Pat emerged from a deep pool of talent. His passion for the sport of basketball and for using it as a tool to impact the lives of student-athletes, his deep-rooted love for NJCU, and his enthusiasm to shift the culture of the women’s basketball program were all evident.”

Tucker continued, “Pat has a deep knowledge of NJCU, the NJAC and New Jersey basketball, and is a strong recruiter with a clear vision for the future of the program. Pat is a shining example of how NJCU athletics can forever transform the lives of its student-athletes. We welcome him back to the NJCU family.”

NJCU President Sue Henderson, the Vice Chair of the NCAA Division III Presidents Council, said: “Pat Devaney is an NJCU success story. We are committed as an institution to transform lives and Pat’s appointment as our new women’s basketball coach speaks to NJCU’s ability to empower individuals to become leaders. His passion for our University and the sport of basketball will serve our student-athletes well and I anticipate a revival of our women’s basketball program under his leadership.”

“It has been a dream of mine to be the head coach at my alma mater,” Devaney stated. “I would like to thank our new athletic director Shawn Tucker, and the search committee, for believing in me and my vision for the program. NJCU deserves a women’s basketball program that will represent the University proudly, both on and off the court, and we will accomplish that while providing meaningful experiences to our student-athletes, enhancing their skills and values in life through basketball.”

Devaney served as the program’s assistant coach for three seasons from 2012-15. He proved to be a strong recruiter, highlighted by the addition of Bria Smith, who was named the first Gothic Knight since 1994 voted New Jersey Athletic Conference Women's Basketball Rookie of the Year, and was named the 2014 D3hoops.com Atlantic Region Rookie of the Year. Smith later was tabbed one of the 10 best freshmen in NCAA Division III with selection to the Women's DIII News national All-Freshman Team. A year later, Smith was voted First Team All-NJAC.

In August 2013, Devaney founded the Rising Stars Basketball Academy and has served as its head skills coach. Among the athletes he customized instruction programs for were 35 students who went on to play college basketball. He also trained more than a dozen professional basketball players.

Prior to joining the staff of NJCU, he served as an assistant boys’ basketball coach for powerhouse St. Patrick’s High School in Elizabeth, NJ—now called “The Patrick School.”

Head men’s basketball coach Marc Brown, who chaired the search committee, applauded Devaney, saying “I really believe his hunger and desire, his loyalty and commitment to the school and to the athletic department, was what separated him from the other candidates.”

Brown continued, “He was a feisty player who often played for me injured. He’s a local guy, a great recruiter and I think he’s going to do a great job bringing talent in and bringing good student-athletes in. I’m looking forward to working with him.”

Devaney added: “As a basketball coach, my priority is to develop a program that will ultimately lead to the personal and athletic growth of each student-athlete and overall improved performance of the team. I will foster the growth of my student-athletes, molding a group of individuals to communicate, to be responsible, and to hold themselves accountable. I am a coach because of my love and passion for the game. I believe in nurturing their dreams to be the best on and off the court. Above all, I am a teacher of the game of basketball and of life skills.”

While previously at NJCU as an assistant basketball coach, Devaney also served for two years as the school’s head men’s and women’s cross country coach from 2013-14.

Devaney, a 2012 graduate of NJCU with a degree in criminal justice, was a highly decorated high school basketball player, before his collegiate career was derailed by a serious elbow injury suffered in a 2007 summer league game that later required two surgeries. He transferred to NJCU midway through the 2007-08 season and played in 45 games over two-and-a-half seasons for current men’s head coach Marc Brown, completing his career in 2009-10. Devaney began his collegiate career at Union County College (2004-05), where he was voted First-Team All-NJCAA and was a team captain under Coach Jim Catalano. He ranked in the top 50 in the nation in assists.

A 2003 graduate of St. Augustine Prep in Richland, N.J. (Atlantic County), where he played his final two seasons, Devaney helped lead the Hermits to the 2002 Parochial South A state championship, defeating Camden Catholic High School 50-45. He was ranked among the Top 100 high school players in the United States in 2003, and No. 25 among players in New Jersey and New York, averaging 16 points and seven assists per game. A First-Team All Cape May and Atlantic County (CAL) and Third-Team All-State selection, he was selected to play in the prestigious Eastern Invitational Camp Top 20 All-Star game.

Devaney played his first two seasons of prep basketball at Marist High School. Perhaps his most notable AAU honors was an invitation to play in the 2000 Adidas ABCD Camp. Devaney also played for the Playaz Basketball Club, one of the top AAU teams in the country.

Devaney, 34, resides in Bayonne, N.J. with his wife Kelly and infant son PJ.