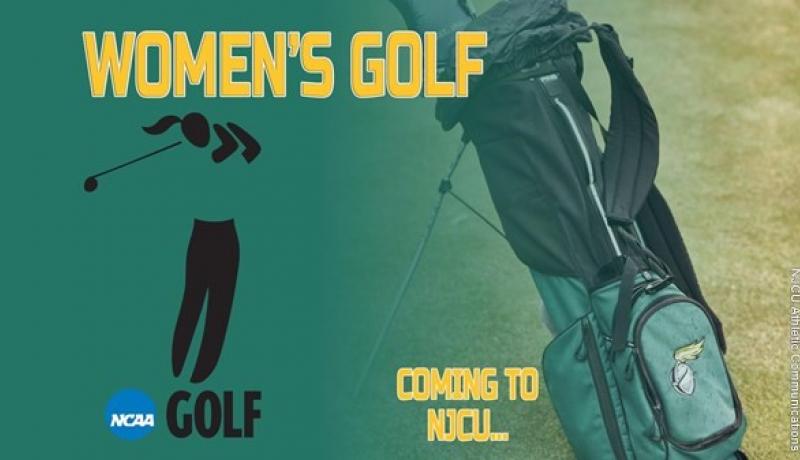 JERSEY CITY, N.J. (NJCUGothicKnights.com) | Ten years after adding men's golf, the New Jersey City University Department of Intercollegiate Athletics has announced that women's golf will be added as an intercollegiate sport, beginning in the 2019-20 academic year with full competition in Fall 2020. Women's golf will be the 21st sport at NJCU-the ninth introduced since June, 2018-and the Gothic Knights will now hold the distinction of sponsoring the most sports in the New Jersey Athletic Conference.

With the addition of women's golf, current head men's golf coach Joseph Yeck, who had been splitting time on campus between coaching men's golf and his duties as Assistant Director of Admissions, has been elevated to full-time men's and women's golf coach, and will develop the program from its launch this fall. He will become the first full-time golf coach at NJCU.

"Women's golf is the next natural addition to our growing athletics program," said Shawn Tucker, Director of Athletics and Associate Vice President. "Our men's program has great leadership in Coach Yeck and his vision when he was hired was to launch women's golf to complement our established men's golf program. Golf is a lifelong sport and fits well with our expanding academic profile, including our well-respected School of Business. The potential for long-term success in the sport is great, both on the course and in the classroom and we are excited to introduce the program."

Yeck said: "I am thrilled to see that women's golf is coming to NJCU and honored to help lead the program. The game of golf is growing across the country and it is a perfect time to add women's golf to our athletics roster and our already established men's program. There are a lot of exciting things happening right now at NJCU and it is great to have the support of the administration and athletic department to start the women's program. I look forward to the inaugural season starting in the Fall of 2020 and recruiting high character, student-athletes to NJCU to join the women's golf team.

The men's and women's programs will practice at the Skyway Golf Course in Jersey City and the Forest Hill Field Club in Bloomfield, N.J, along with NJCU's on-campus golf simulator room. Forest Hill and Galloping Hill Golf Course in Kenilworth, N.J. will serve as NJCU's home courses.

Future conference affiliation will be evaluated for the women's program. The men's golf team has competed as an associate member of the Capital Athletic Conference (CAC) for the past six years.

Before Tucker's arrival, NJCU sponsored just 12 sports-the NCAA Division III minimum. Now, NJCU is one of the fastest growing athletic programs in Division III. With 21 sports, NJCU will now sponsor the most sports of any school in the NJAC, surpassing Ramapo and TCNJ, who each offer 20 sports.

Men's golf was first introduced at NJCU in 2009 on the club level, before being elevated to varsity status in 2010-11. NJCU has never sponsored women's golf previously.