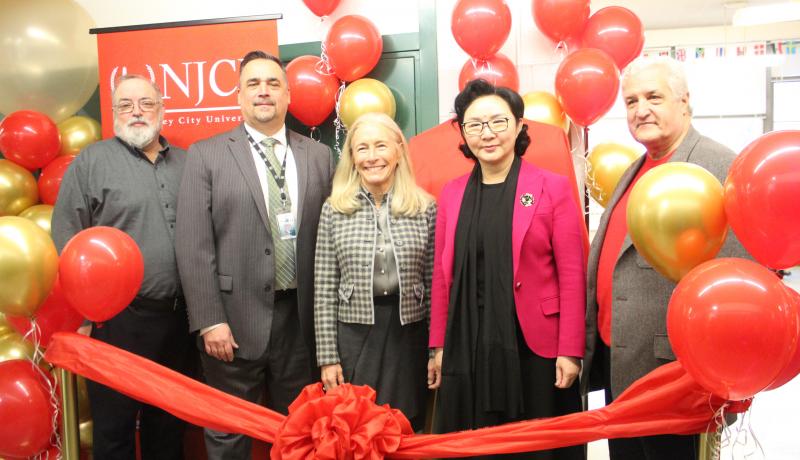 President Henderson and Provost Jhashi hosted Jilin International Studies University (JISU) President Qin He and a delegation on December 18. JISU is the Chinese partner for the Confucius Institute at NJCU. The University also welcomed students from its first joint-degree cohort with JISU held in August 2019.

During the visit, President Qin and the JISU delegation met President Henderson, Provost Jhashi and other executive administrators and faculty from NJCU to discuss other potential international collaborations.

President Qin closed her visit with a tour of the Confucius Institute at NJCU, and met with the JISU joint-degree students who are currently studying at NJCU.