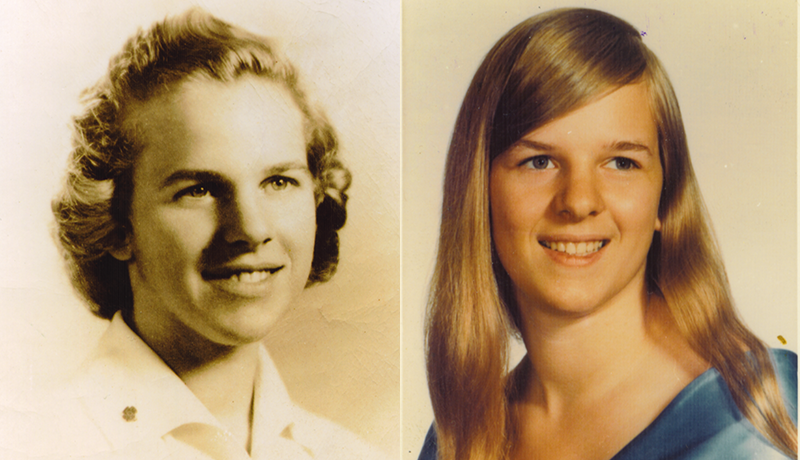 JERSEY CITY, N.J. | Before the passage of Title IX of the Education Amendments in June, 1972, opportunities for women in college athletics were sparse. But at then Jersey City State College, the Gothics were ahead of their time — with flourishing women’s athletics, including basketball, equestrian, fencing and swimming & diving.

More than 50 years ago, a mother and daughter became trailblazers in women’s athletics at Jersey City State in the latter sport, with Dr. Lillian Greenwalt Pearce `43, coaching her daughter Lynn B. Pearce Gatchell `73 to prominence in swimming and diving. Decades later they would become what, to this day, are the only mother-daughter pair inducted into the Lawrence R. Schiner Athletics Hall of Fame.

NJCU has long been pioneers in introducing women’s athletics. In 2000, the school became the first Division III institution to sponsor women’s bowling — a decision that ultimately led to four National Collegiate final four appearances from 2004-10. Then in May, 2019, the Gothic Knights and director of athletics Shawn Tucker announced NJCU would become the first college or university in the state or tri-state area to sponsor a women’s wrestling program, which debuts this year. Today, NJCU sponsors the most sports in the New Jersey Athletic Conference (22) — 11 of which are women’s programs. President Sue Henderson’s commitment to developing one of the top Division III athletic programs was amplified by her serving as chair of the NCAA Division III Presidents Council from 2019-20, and as Vice Chair of the NCAA Board of Governors.

Proudly for their family, the record books at NJCU will reflect the contributions the Pearce ladies made before the federal government mandated opportunities.

The younger Pearce passed away on September 30, 2020 at the age of 69 after a multi-year battle with cancer — six years after her mother died at the age of 90 in April, 2014. Both had made Martha’s Vineyard in Massachusetts their home but had long stayed active as NJCU alumni.

As NJCU has evolved into a destination for multiple women’s athletic programs, we celebrate those who paved the way for the future.

Gatchell was inducted into the Athletics Hall of Fame on October 17, 1987. Her mother Dr. Pearce, was inducted seven years later — October 14, 1994 — to form the only mother-daughter combination in the NJCU Hall of Fame.

Gatchell, a four-year competitor for then-Jersey City State College from 1969-73 on a team coached by her mother, was an outstanding springboard diver whose 1973 record of 139 points for a five-dive program was never broken before the sport was discontinued in 1981. She was considered the most outstanding springboard diver in the history of the women’s varsity swim team. She finished in first place in 60 percent of all diving events in which she competed, and was second to a teammate in 25 percent more.

Dr. Pearce was a multi-sport participant during her undergraduate years at the institution from 1939-41. As a student she participated in every sport available — archery, badminton, basketball, fencing, softball and volleyball. Prior to the advent of intercollegiate scheduling for women's sports, Dr. Pearce excelled at "Play Days" which brought together women from all area colleges and universities for multiple-event competitions. She earned the Bowman Bar Award for excellence in archery. She graduated in 1943 when the institution was then known as New Jersey State Teachers College at Jersey City.

Professionally, Dr. Pearce served as the head swimming coach while a member of the faculty at Jersey City State from 1968 through 1978 and continued as an assistant coach from 1979 to 1981.

In 1992, she received the Aquatic Council Service Award from the American Alliance of Health, Physical Education, Recreation and Dance and retired from the college that year.