January 2021: Administrative Updates in the Division of Student Affairs and Office of the President 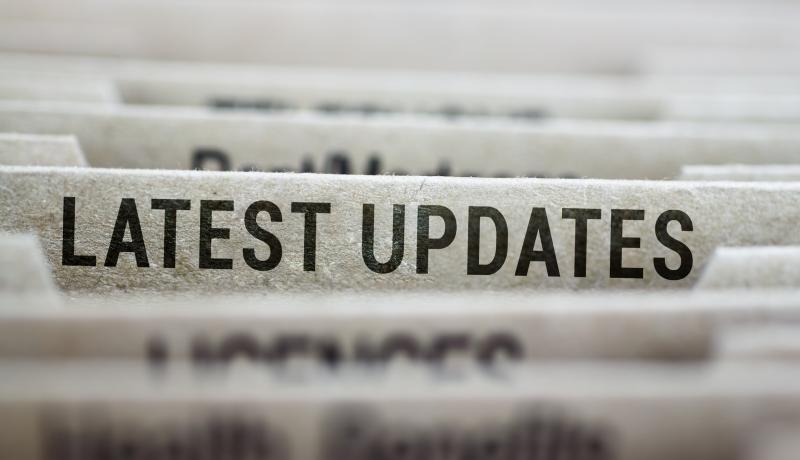 I am pleased to announce four critical leadership appointments.

At the end of December, NJCU said goodbye to two long-serving, talented professionals: Guillermo de Veyga, hired in 2009, who lastly served as Chief of Staff, and Virginia Meléndez, hired in 2007, who served as the Executive Coordinator to the President and Board Secretary.

With their departure, we have aligned resources and we are happy to announce the appointment of Andrés Acebo to the newly reshaped position of Interim Chief of Staff and Secretary to the Board of Trustees.

Thanks to a $10 million gift from long-time NJCU donor, Congressman Frank J. Guarini, including $5 million earmarked for international studies, NJCU is able to expand upon its already impressive global focus. The Frank J. Guarini Institute for International Studies was announced in November, 2020. Please join me in welcoming Dr. Adrian Franco as the inaugural Executive Director for the International Institute.

Jodi Bailey came to NJCU in May 2016. In her current role, she oversees many of the student services offices on campus, including The Center for Leadership & Engagement, Housing and Residence Life, the Dean of Students Office, the Health & Wellness Center, the TRiO Learning Community (TLC) Program, the Children's Learning Center, Centralized Tutoring and Academic Support Programming, the Speicher-Rubin Women’s Center for Equity and Diversity, Campus Dining, New Jersey Campus Compact initiatives, Veteran’s Services, the Office of Specialized Services, Pre-College Programs, the Student Government Association (SGA), and clubs and student media.

Under Jodi’s purview, the Department of Residence Life was enhanced, and the West Campus Village residence hall opened in the fall of 2016, tripling our housing capacity. The Gothic Knight Food Pantry and the NJCU Community Center were established. The Office of Campus Life transitioned to the Center for Leadership & Engagement, serving as the center for Leadership Development at NJCU. Additionally, Jodi chairs NJCU’s Commencement exercises, oversees the COVID reopening plan for students and serves on NJCU’s Critical Response Team.

Prior to working at NJCU, Jodi worked at New York University from 2005-2016 as the Director of Student Affairs at the Tisch School of the Arts. Jodi previously worked in residential life at Quinnipiac University and the University of Massachusetts, Amherst. She serves on the executive advisory board for NASPA, the national association for student affairs professionals, as the Regional Director-Elect. Jodi has a B.A. in English and Communications and a Master’s in Higher Education Administration — both from University of Massachusetts, Amherst — and will graduate this spring with her Ph.D. in Educational Research and Administration from Seton Hall University. Her research concentrates on first-generation Latino student perseverance.

Ben’s data-driven enrollment solutions and student success strategies have led to multiple consecutive years of record freshman enrollment growth, consistent academic quality and diversity, and improved student persistence, retention, and degree completion outcomes. Ben is a dynamic leader with a track record of building innovative and agile enrollment management teams to anticipate and respond to market trends and improve student services. His background in information technology has enabled him to rapidly modernize critical systems that help institutions maintain their edge in a competitive marketplace.

Ben holds a Bachelor of Science in Computer Science from Fordham University and a Master of Public Administration from Baruch College’s Executive Program. He is currently pursuing a Doctor of Education degree in the Higher Education Leadership program at Seton Hall University.

Within the Office of the President, the Chief of Staff is a senior adviser to the President on institutional planning, policy and program development and is responsible for facilitating effective decision-making and coordinating the execution of strategic initiatives. Additionally, the Chief of Staff provides close coordinative support to the President as an ongoing liaison for external governmental affairs issues. The Secretary to the Board of Trustees provides oversight and coordination to the Committees of the Board, prioritizes issues between the President, the Board of Trustees and other stakeholders, and ensures maintenance of records of the Board.

Andrés Acebo most recently served on the vetting and due diligence team for the Hispanic National Bar Association (HNBA) and Alliance for Latinx Leadership and Policy (ALLP) partnership to identify U.S. Department of Justice presidential nominees for the Biden/Harris transition.

Andrés has been recognized as a Rising Star by New Jersey Super Lawyers, a Top Latino Lawyer by Latino Leaders Magazine, a Top Lawyer under 40 by the Hispanic National Bar Association, and as a Diverse Attorney of the Year by the New Jersey Law Journal.

Andrés currently serves as a Deputy Regional President of the Hispanic National Bar Association and Chair of Special Committee on Cuba.

Andrés has published several articles concerning the cross-section of race, law, politics, and public policy with the Columbia Journal of Race and Law, The Brown University Policy Review, the Seton Hall Legislative Journal, and the Rutgers Race and the Law Review.

In his private practice, Andrés has counseled and represented governmental entities, higher education institutions and public school districts, and closely-held corporations. His practice focuses primarily on employment and labor, education law, and government/public entity law. He has also regularly been retained by governmental entities to conduct independent special investigations into alleged public official and employee misconduct and adverse employment actions.

Prior to entering private practice, he clerked for the Honorable Jonathan N. Harris, J.A.D. (retired) in the Appellate Division of the Superior Court of New Jersey. Andrés is honored and thrilled to join the President's Office at NJCU — an institution deeply connected to the community that shaped him. He was born and raised in Hudson County to Cuban exile parents and he's a proud product of its public schools. He was the first in his family to attend college, graduating from Brown University, where he was a senior editor of the Brown Journal of World Affairs and a volunteer at the Howard R. Swearer Center for Public Service. He received his legal degree from Rutgers Law School, where he was elected president of the Association of Latin-American Law Students, vice president of communication of the HNBA Law Student Division, and managing symposium editor of the Rutgers Race and the Law Review. Andrés also served as a constitutional law research assistant and a pro bono mediator with the United States Equal Employment Opportunity Commission.

As the inaugural Executive Director for The Frank J. Guarini Institute for International Studies and reporting to the Office of the President, Dr. Adrian Franco will build the strategic framework and then align the missions of existing NJCU offices and departments to stimulate interest by international businesses and educational institutions to partner with our campus community to further innovation and drive change, build a body of research that will support this university and its students, and ultimately serving as part of an economic engine for the local economy. Collaborating with the talent from across our campus, he will look to determine how to incentivize international businesses to bring products and innovation to our campus for research and development and forge partnerships with the university. We look forward to Dr. Franco joining us as The Frank J. Guarini Institute for International Studies will serve as an extraordinary conduit in connecting our mission to advance economic development, spur personal development and deepen and grow academic partnerships.

Most recently, Dr. Franco has been Director of Community Development Finance and an officer for the Federal Reserve Bank of New York, where he supervised a portfolio of initiatives to attract capital to historically disinvested areas and build the capacity of community-based organizations to partner with financial institutions. As the New York Fed’s Director of Education, Dr. Franco oversaw the Bank’s programs for high school and college students. He revamped signature programs to increase participation of students from low-income neighborhoods and communities of color, engaged business schools to address culture reform in the financial sector, and implemented an internship program with the City University of New York to foster the Bank's diversity goals. He also chaired the New York Fed's Community Advisory Group and launched the Fintech Advisory Group.

Before joining the Federal Reserve Bank of New York, Dr. Franco served as executive director of Qualitas of Life Foundation, a nonprofit organization advancing financial inclusion of Latino immigrants. He also coordinated programs with K-12 teachers at Columbia University’s Institute of Latin American Studies and consulted for the New York City Department of Education and the Mexican Ministry of Public Education on policies and programs for immigrant families. Born in Mexico, there he held executive roles at the Ministry of Foreign Affairs and the National Film Archive, and was a member of President Elect Vicente Fox’s transition team.

Please join me in congratulating Jodi and Ben on their promotions and welcoming Andrés and Adrian to our institution.