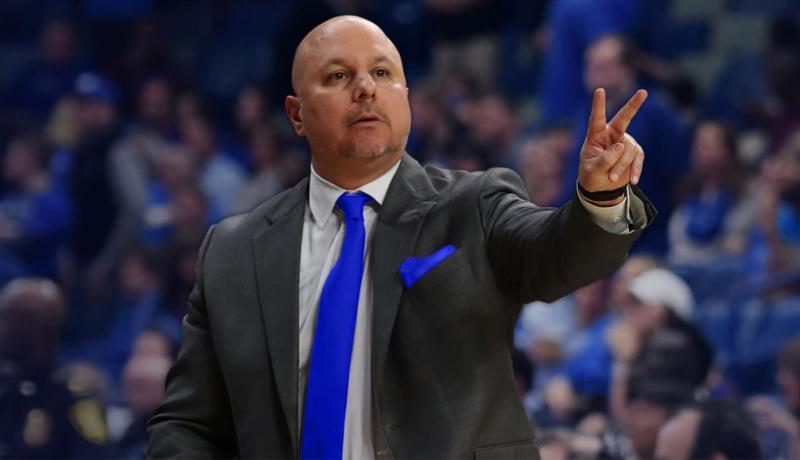 Darren Savino `15, a member of NJCU’s second men’s basketball NCAA Division III Final Four team during the 1991-92 , is heading back to the Final Four — as the associate head coach of the Division I UCLA Bruins.

The 11th seeded UCLA Bruins upset No. 1 seeded Michigan, 51-49, on March 30 in the East Regional final played in Indianapolis, Indiana. UCLA became only the second team to play in the First Four — a series of play-in games played since 2011 between teams holding the four lowest seeded automatic bids and the four lowest seeded at-large bids — to reach the Final Four in NCAA Tournament history.

The Bruins reached the Final Four for the first time since 2008. UCLA will play No. 1 overall seed Gonzaga on Saturday, April 3 at 8:34 p.m.

NJCU’s 1991-92 team lost to eventual national champion Calvin in Springfield, Ohio before finishing fourth in the country with a 27-5 record. The Gothic Knights won a school-record 20 consecutive games and the New Jersey Athletic Conference championship.

The 1985-86 JCSC team also reached the Final Four and was inducted in NJCU’s Athletics Hall of Fame in February 2020.

“That’s really special to be able to play in a Division III Final Four and coach in a Division I Final Four,” said Brown. “Even back in 1992 I could always tell Darren was a student of the game. You could see that as a player, he was one of those guys who could go into coaching."

“That was a wonderful year [1992]. We had a great time as a team. It was a great atmosphere and everyone on the team made contributions. Anytime you have former players do something special, it’s exciting. To be able to look back at them as student-athletes, it’s exciting. It’s a feather in the cap of the university when our alumni do great things.”

Savino is in his second season as UCLA’s associate head coach after spending the previous nine seasons working with current UCLA head coach Mick Cronin at Cincinnati. The long-time Division I assistant coach began his coaching career at St. John’s in 1996 after leaving school to pursue a career in coaching. He completed his degree in business administration, specializing in sports management, in 2015.

A 1989 graduate of St. Anthony High School, Savino played under legendary coach Bob Hurley, Sr., where he teamed with Bobby Hurley and Roderick Rhodes, a high school All-American, on a team that won the USA Today national championship during his senior season.