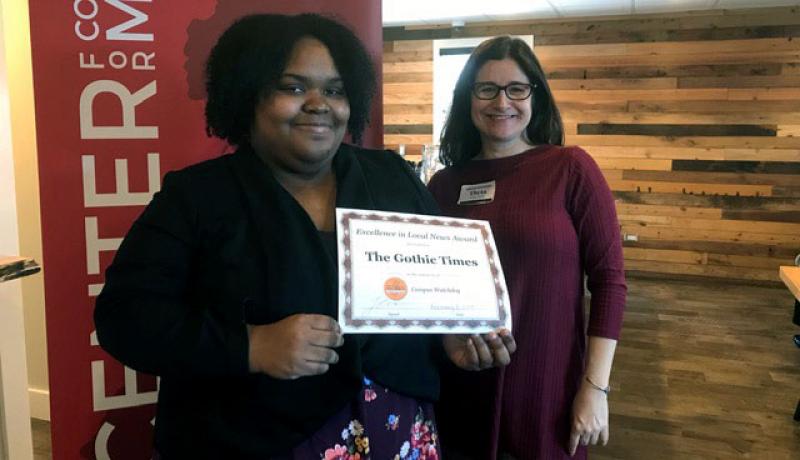 On March 20, The Gothic Times claimed first place in the College Newspaper, four-year university (published less than weekly) category at the Spring National College Media Convention in the "Best in Show" Contest. In Fall 2020, the Gothic Times placed 10th nationally in the college newspaper website category for schools with 10,000 students or less. More than 1,000 students and advisers attended this national convention held virtually.

“I'm exceptionally proud of our students and their accomplishments,” said Theta Pavis-Weil, Gothic Times adviser. “The dedication they have shown to their reporting and teamwork — and expanding what Knight Media provides to the campus community — is inspiring. Those efforts laid the groundwork for this recent success, which they were able to build on, despite the disruption of a global pandemic. From online publishing to print, social media, podcasting and launching a new literary arts magazine, they are remarkable.”

Earlier this month, The Gothic Times was the statewide winner in the Outstanding Campus Media category in The Center for Cooperative Media’s fourth annual NJ News Commons Excellence in Local News Awards. 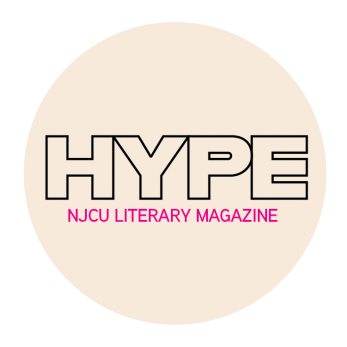 In honoring The Gothic Times, the organization stated “From the beginning of the pandemic, the student journalists at The Gothic Times focused on keeping their community safe. From sharing and publishing articles about current COVID-19 statistics in New Jersey to reminding its community on social media to wear a mask and practice social distancing, it was clear from the outset how much Gothic Times reporters cared about their community. Faculty adviser Theta Pavis-Weil also attended nearly every meeting of the NJ College News Commons last year and came up with the idea to have an election night scenario training before the 2020 presidential election.”

Finally, The Gothic Times, was awarded second place for general excellence and third place for overall website, in voting by The New Jersey Press Association.

Kenise Brown, a senior majoring in Media Arts is the current editor-in-chief of the magazine.

"As a team, these honors mean so much to us, especially during unprecedented times, said Brown. “I'm proud of the hard work and passion my team has shown every single day. They are phenomenal. Even our new members who just joined are putting in fantastic work. This was a surprise and a message to keep going."