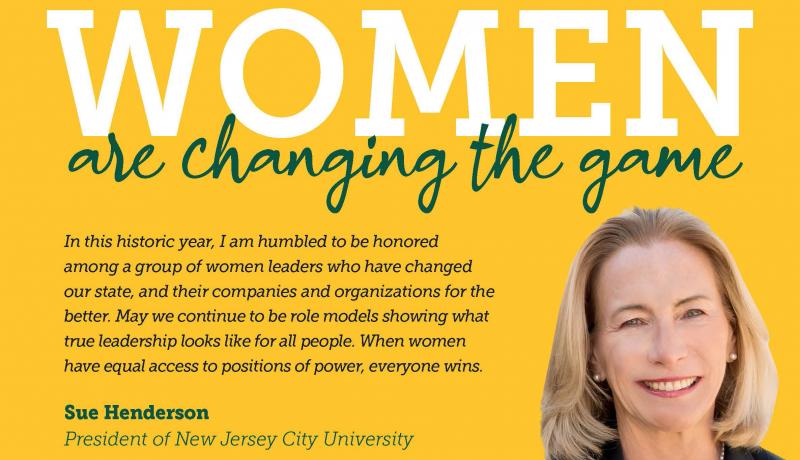 JERSEY CITY, N.J. | New Jersey City University (NJCU) President Sue Henderson, Ph.D., is one of 15 women statewide featured on the cover of the March 2021 edition of Commerce Magazine: The Business of New Jersey.

The special edition is a tribute to Women’s History Month and is entitled ‘Celebrating Women Leaders’. The monthly publication is produced by the Commerce and Industry Association of New Jersey (CIANJ).

Read the March 2021 edition of Commerce

President Henderson, the lone woman in higher education honored, is further quoted on page 10, speaking to the changes in STEM since she studied mathematics as a young woman. 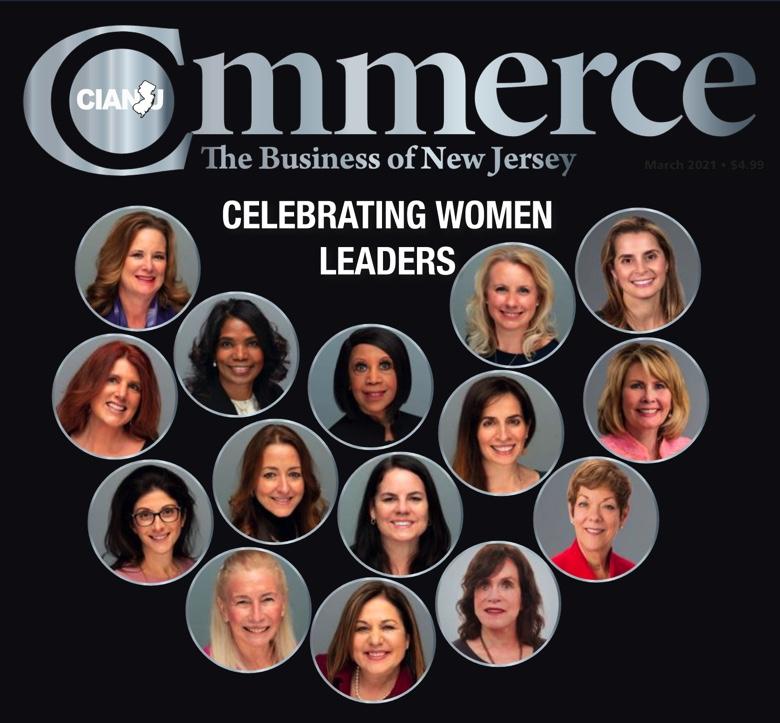 Each female leader was asked “How did you succeed in your career choice — given any challenges or roadblocks you faced as a woman and what advice would you give to young women who want to be a success in their career choices?”

President Henderson says “When I graduated from Georgia State, I intended to be a high school math teacher. Those were the options during that time. Opportunities were limited. I observed this lack of opportunity as I entered college. Women were not encouraged to go into engineering, medicine or law. I did not allow this to discourage me. Little did I know that years later I would be leading an institution of higher education and be among a robust group of other female presidents. Today, opportunities are far greater as are the responsibilities as these fields have grown exponentially for women. In fact, today many medical schools and law schools have more women than men attending. In my life, I have had remarkable mentors along the way and family and friends who supported me in my career. My advice is to find strong mentors and always pursue your dreams.”

In addition, in the same edition of Commerce, NJCU professors John Laski and David Weiss are featured in an article discussing logistics, entitled “NJ Positioned for a Key Role in Post-Pandemic Economy” on page 32. The NJCU Institute for Dispute Resolution offers congratulations to Dr. Henderson on page 41.

In addition to Dr. Henderson, the women featured on the cover of the special edition of Commerce include: