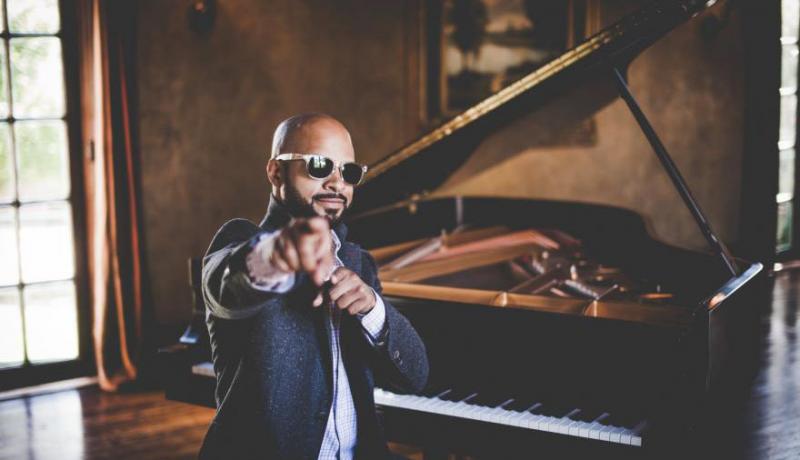 JERSEY CITY, N.J. | New Jersey City University (NJCU)’s The Center for the Arts will broadcast a free, virtual performance with musician Barron Ryan, featuring music from his latest album, First of its Kind, on Saturday, April 24 at 8 p.m.

The virtual performance will be broadcast live from the NJCU Center for the Arts Margaret Williams Theatre on campus. Smithsonian Magazine recently named Barron “One of Ten Innovators to Watch in 2021.”

To reserve your complimentary tickets, please visit The Center for the Arts website or the event website.

Gary Payne, Director of the Kensington Concert Series, praised Mr. Barron’s performance: “It was the emotive quality of his playing … that made for a captivating ride that not only entertained, but also connected and communicated with the audience in a singular, fulfilling way.”

This show will feature Barron’s new album, which he describes as “the world’s funkiest classical piano album.” His third solo album boasts selections that are ‘countrified,’ ‘funkified, and ‘calypso-y.’

Barron Ryan’s love for music has always been divided. The son of two musicians, he grew up in a house filled with the sounds of artists ranging from Mozart to Michael Jackson. So when it comes to his own performing, he’s not content drawing on just one influence; rather, he combines them all into a musical adventure that’s vintage yet fresh, historical yet hip, classic yet cool.

After beginning piano lessons at age four with his father, Barron seemed destined for a career in music. He excelled in performing throughout his middle and high school years in Tulsa, Okla., then continued to impress his peers and instructors as a piano performance major at The University of Oklahoma.

Everything did not come up roses, however, as Barron was then rejected from all the music conservatories you might be impressed by. Disheartened and a little annoyed, he briefly gave up on the piano in pursuit of a satirical hip-hop career, but due to a favorable result in a piano competition that sent its winner to perform in Israel, that project was graciously short-lived.

Thanks to that Israel concert tour, Barron found his artistic voice. He discovered the joy of jazz and ragtime-inspired concert music, featured on his debut album, Classical with Attitude, and learned from great jazz pianists by replaying their solos, found on his latest album, The Masters’ Apprentice.

In 2019, Barron noticed a shocking lack of funk-, pop-, and country-inspired classical music to learn. Realizing that he could fill that void, he composed the “Magic City” Sonata and a dance suite called Suite Thing. Those works are now published and recorded on his third solo record, First of Its Kind.

Barron is following in his favorite composers’ footsteps by publishing his original works in the public domain. He offers his work as a gift to the world, and a chance to collaborate with artists from around the globe.

About the NJCU Center for the Arts

New Jersey City University is an institution of higher learning with an audacious goal: the development of our students, our city, our communities, our state, and the world beyond. We are a game-changing force for our students and their families. Whether our students are enrolled in one of our 50 undergraduate, 28 graduate or three doctoral programs, NJCU provides an affordable, diverse environment, and an exceptionally supportive faculty—all of which prepares them to be critical thinkers in a global landscape.

Tagged as:
Center for the ArtsMusicNews