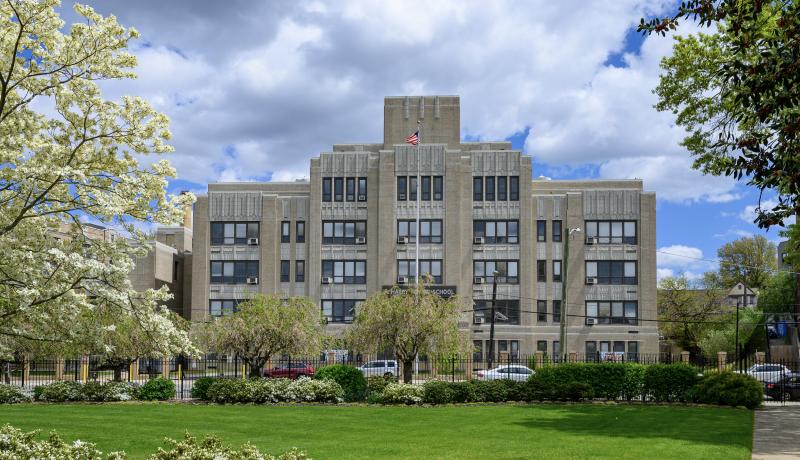 JERSEY CITY, N.J. | Jersey City’s A. Harry Moore School in conjunction with its educational partner New Jersey City University (NJCU) will hold a grand re-opening ribbon cutting ceremony on Thursday, October 28 from 10-11 a.m. in the school’s courtyard located at 2078 Kennedy Boulevard in Jersey City. This event is open to the media.

The ceremony, which will include city and state elected officials, Jersey City Board of Education representatives — including Superintendent Franklin Walker — and NJCU leadership, including President Sue Henderson, will be the kickoff event for A. Harry Moore’s centennial, which will be celebrated throughout the 2021-22 academic year. The year will culminate with a 100th Anniversary Celebration and Symposium on Friday, April 8, 2022.

The A. Harry Moore Laboratory School was opened in 1921 and offers comprehensive academic, therapeutic, pre-vocational and social programs for students aged 3-21 with multiple disabilities. Located on the campus of NJCU, the school has operated in a partnership between the university and the Jersey City Board of Education for nearly 60 years. NJCU provides program instruction while the JCBOE manages the facility.

The school’s origins were as the Hospital School Program, which opened 100 years ago on Clifton Place in Jersey City, as Public School No. 36, before moving to its current location in 1931. The school is named in honor of Arthur Harry Moore, the 39th Governor of the state of New Jersey, who served three terms between 1926 and 1941.

The current location reopened this fall after being closed for two years due to renovations to the 90-year-old building and the impact of the COVID-19 pandemic. Jason Jusino has served as principal of A. Harry Moore School since August 2020.