After Game-Changing Tenure, NJCU Director of Athletics Shawn Tucker to Return to Rutgers 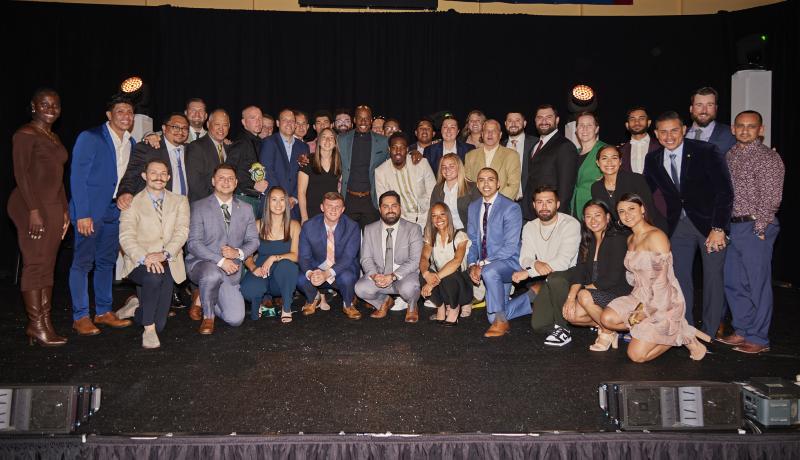 Hired in May 2018 as only NJCU’s fifth director of athletics in its history, Tucker led the department to unprecedented achievement. Under his leadership, the university nearly doubled its varsity athletics offerings from 12 to 22 programs and 26 teams, while almost tripling the number of student-athletes enrolled at the university to over 400.

Dr. Sue Henderson, President of NJCU, served as chair of the National Collegiate Athletic Association (NCAA) Division III President’s Council and Vice-Chair of the influential NCAA Board of Governors from 2019-20.

“We are extremely appreciative of Shawn’s service to NJCU,” said Henderson. “During my tenure with the NCAA, I’ve encountered many outstanding leaders across the country and I’m proud that we had one of the best leading our own intercollegiate efforts here in Jersey City. Shawn’s passion for holistic student-athlete development led to notable accomplishments and made an indelible impact on our students. For that, we say thank you. NJCU continues to be a destination for talented administrators, faculty, and students, and we wish Shawn well in his new role at his alma mater.”

“​​Shawn Tucker is an exceptional person, and an athletic administrator with unlimited potential” Kroll noted. “I’ve had the great fortune to work directly with him at two institutions. In both instances his ability to prioritize holistic human development exponentially enhanced the student experience. College athletics needs more Shawn Tuckers. It’s great to see a Power 5 school place value on the competencies gained as a DIII athletics director. Rutgers leadership hit a grand slam.” 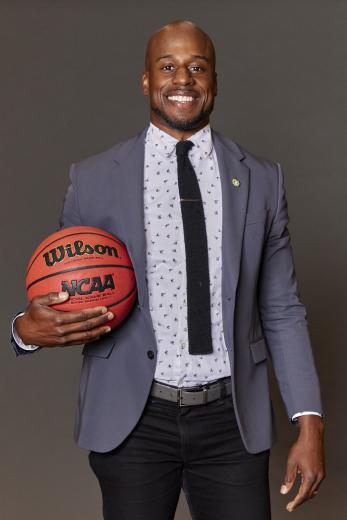 NJCU achieved notable accomplishments in competition, winning a combined eight conference championships over the past two years. While many institutions shuttered their athletics programs to intercollegiate competition during 2020-21, Tucker led NJCU through the COVID-19 pandemic to a single-season school record five championships — men’s and women’s basketball, men’s volleyball, and both men’s tennis and eSports Super Smash Bros. in their inaugural seasons. Notably, the women’s basketball program, which had been winless the year prior to his arrival and historically one of the least successful programs in Division III, captured the first NJAC championship in its 51-year history, and followed it up with a second consecutive title in 2021-22, earning its first-ever NCAA Tournament appearance. The men’s volleyball championship was the first of any type in its history and culminated in a NCAA Tournament appearance. The eSports program added two championships during the 2021-22 academic year — Super Smash Bros. repeating as ECAC champions while Rocket League captured its first NECC crown.

Off the playing surface, Tucker’s oversight led to a multitude of visibility, financial stability, and growth within the department, directly contributing to the outward success of its varsity athletic programs. He launched the Rising Knight Institute (RKI) and helped secure multiple gifts to allow it to grow, and thus hire support personnel, including a full-time athletic academic advisor and director of career engagement. NJCU, behind RKI’s efforts, was awarded the 2020-21 NCAA Division III Community Service title.

Tucker spearheaded the first brand overhaul in a generation, leading to the university’s launching of new spirit marks for the first time since the 1980s, and the new slogan of ‘Jersey City’s Team.’ NJCU signed its first apparel deal in 2018, and later a transportation agreement, which included an NJCU-branded bus to further market the university.

Furthermore, Tucker worked with the university to increase its operational budget by over 100 percent to more align with its sister institutions. That has led to various facility improvements at the John J. Moore Athletics and Fitness Center (JMAC) and the Thomas M. Gerrity Athletic Complex. He developed the Athletics Advisory Board and played a pivotal role in the growth of NJCU athletics’ external revenue generation, which is approaching $2 million.