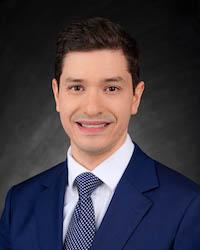 He was born and raised in Hudson County to Cuban exile parents and he's a proud product of its public schools. He was the first in his family to attend college, graduating from Brown University, where he was a senior editor of the Brown Journal of World Affairs and a volunteer at the Howard R. Swearer Center for Public Service. He received his legal degree from Rutgers Law School, where he was elected president of the Association of Latin-American Law Students, vice president of communication of the HNBA Law Student Division, and managing symposium editor of the Rutgers Race and the Law Review. Andrés also served as a constitutional law research assistant and a pro bono mediator with the United States Equal Employment Opportunity Commission.

Acebo most recently served on the vetting and due diligence team for the Hispanic National Bar Association (HNBA) and Alliance for Latinx Leadership and Policy (ALLP) partnership to identify U.S. Department of Justice presidential nominees for the Biden/Harris transition.

In his private practice, Acebo has counseled and represented governmental entities, higher education institutions and public school districts, and closely-held corporations. His practice focuses primarily on employment and labor, education law, and government/public entity law. He has also regularly been retained by governmental entities to conduct independent special investigations into alleged public official and employee misconduct and adverse employment actions.

Acebo has been recognized as a Rising Star by New Jersey Super Lawyers, a Top Latino Lawyer by Latino Leaders Magazine, a Top Lawyer under 40 by the Hispanic National Bar Association, and as a Diverse Attorney of the Year by the New Jersey Law Journal.

He currently serves as a Deputy Regional President of the Hispanic National Bar Association and Chair of the Special Committee on Cuba.

Acebo has published several articles concerning the cross-section of race, law, politics, and public policy with the Columbia Journal of Race and Law, The Brown University Policy Review, the Seton Hall Legislative Journal, and the Rutgers Race and the Law Review. 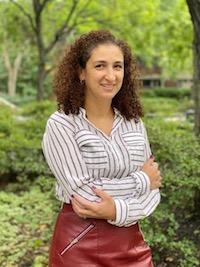 Mariana Diaz, Manager of Student Accounts was born and raised in Medellin, Colombia and immigrated to Jersey City, New Jersey at 16 years old. She is a Dickinson High School Alum and completed her undergraduate career at both Hudson County Community College where she received her Associates of Arts-Business Administration and New Jersey City University where she graduated with a Bachelor of Science in Business Administration/Accounting in 2004 - all while being a work study at the Controller's office and full time mom. After graduation, she continued her professional career with NJCU at the Bursar's office and in 2011 graduated with her MBA in Organizational Management & Leadership. Mariana's experiences as a student, immigrant, mother and professional have enabled her to lead her team and her department with an understanding of what the NJCU community needs to be successful. "The road to success has not been easy, but hard work, dedication, and passion will get you to everything you want to achieve." 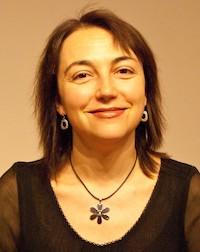 Born in Valencia, Spain, in an environment where music was present in every aspect of daily life, she began piano lessons at a very young age.  Many excellent musicians and instructors had a strong impact on her childhood, and influenced her decision of making music her life and her profession: José Alonso Dubón (piano), Javier Costa (composition), José Luis Castillo (conducting and composition).  Once admitted to the “Conservatorio Superior de Música Joaquín Rodrigo” in Valencia, she perfected her craft with García Chornet (Piano), Vives Ramiro (Musicology), Ferrer Ferran and Ramón Ramirez (Composition), receiving Honorary Awards in Music History and Composition.

Her professional life was well established in Valencia, where she was very active in the musical landscape of her community, working in several Music Conservatories, performing as a pianist, and having her music recognized.  In 2002, she joined the Music and Performing Arts Corps of the Spanish Government, and was assigned to the Professional Conservatory of Valencia, as a Music History Professor.

In 2005, Amparo decided to move to the United States, where she met composer and conductor Tania Leon, who became her teacher and her mentor. While studying at The Brooklyn College Conservatory of Music in New York, Amparo was the composer in residency for the Brooklyn College Orchestra, and their Brass Ensemble. Her work with those tensembles was recognized with the Morton Feldman Award in Composition. Interested in the music of Betsy Jolas, Dr. Fabra completed her Ph.D. in Music with concentration in Composition at The Graduate Center, The City University of New York, under the supervision of composers Jeff Nichols, Tania León, and David Olan.

In New York, Amparo had the opportunity to work with electroacoustic composer and recording engineer “Skip” Brunner, who inspired her to produce works such as Good Night with Lullaby (soprano and tape), Sound (percussion and tape), or Custodes Hominum (string quartet and electronics).

From solo works to orchestral pieces, Fabra’s music is rich in contrapuntal effects, dense and complex harmonies. Orchestral works such as Henna or choral works such as Estrenes, are representative of this harmonic writing. In contrast, some of her short pieces show an interest for popular melodies and rhythms, for instance in Variaciones sobre el tema de Garbancito (piano), Zapateado (clarinet, viola, and two pianos), or Kaledoscopies (guitar)

Currently working as Associate Professor of Music at the Caroline L. Guarini Department of Music, Dance and Theatre of New Jersey City University, Dr. Fabra has been the Chairperson of the department since 2019. 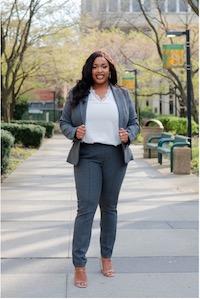 Being a first generation college student, a child of Dominican immigrants, I was given a great learning experience at NJCU. From freshman year, having no clue where any of my classes were, to my senior year of knowing the campus like the back of my hand. I had so many learning experiences both personal and professional.  I was given the opportunity to work at the Career Planning and Placement Center for my entire college career under work study. Working at the Career Planning and Placement Center I have learned the importance of a well written resume, cover letter, and interviewing skills. In addition, they pushed me to apply for HACU internship. Among the thousands of students who applied for the Hispanic Association of Colleges and Universities national internship (HACU), I was selected to work for the U.S. Census Bureau. During the Covid-19 Pandemic I was concerned that I was not going to have experience with any internships. However, I was selected for the spring 2021 program and because of my proficiency was extended through summer 2021, working a total of seven months with the bureau. Being able to work for a federal agency and gain the experience I did before graduating from New Jersey City University with a Bachelor’s degree in Business Management. 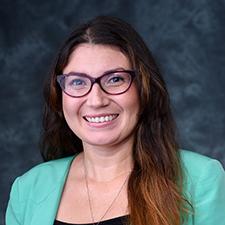 I was born in Quito, Ecuador a developing country in South America. My dad migrated to the U.S. from Ecuador when I was a 9 month old baby. He crossed the Mexican border illegally endangering his life in search for a better future for my family. After securing legal residency status and financial stability, my mom, my 3 siblings and I received legal residency in the U.S.  We arrived at Newark, NJ. on Christmas Eve of 1994. I entered the 5th grade without speaking a word of English and experienced bullying at school because of it. Neither of my parents attended college but encouraged my siblings and I to pursue a college degree. I attended NJCU where I received my B.A. in Psychology and an M.A. in Educational Psychology. Due to the impact of my mentors at NJCU, I decided that I wanted to embark on a higher education career to make the same positive impact on students. Currently, I am the Interim Director of Academic Advising and I am a semester way from finishing my doctoral studies at Drexel University.