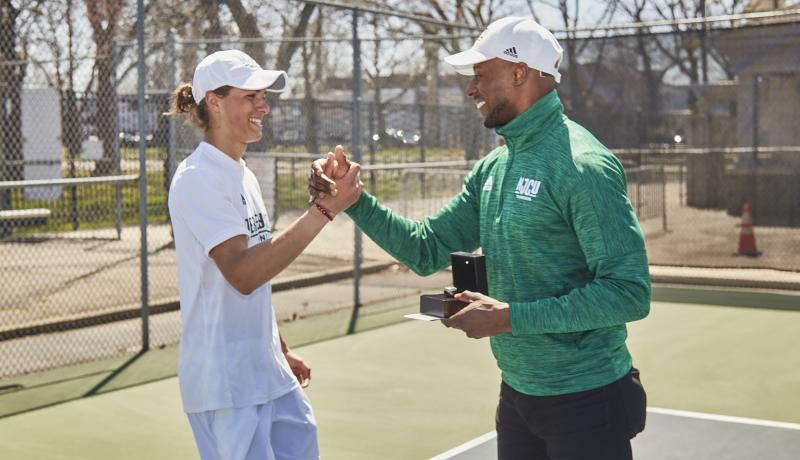 Dear members of the NJCU community:

After four years of exceptional leadership of the New Jersey City University Department of Athletics, Shawn Tucker, Associate Vice President and Director of Athletics, will return to his alma mater — Rutgers University — as its Vice President for Athletic Development at Rutgers University Foundation and deputy athletic director.
During Shawn's tenure, he led the department to unprecedented achievement. The university nearly doubled its varsity athletics offerings from 12 to 22 programs and 26 teams, while almost tripling the number of student-athletes enrolled at the university to over 400.
In competition, the Gothic Knights won eight conference championships over the past two years and he successfully navigated the athletics department through the COVID-19 pandemic, while other institutions shuttered their athletics programs to intercollegiate competition.
Off the playing surface, Tucker’s oversight led to a multitude of visibility, financial stability, and growth within the department, directly contributing to the outward success of its varsity athletic programs.
To read the full university announcement, please visit NJCU.edu/news.
The University would like to extend its gratitude to Shawn Tucker for four impactful years of service. Please join us in wishing him well in his new leadership role at Rutgers.