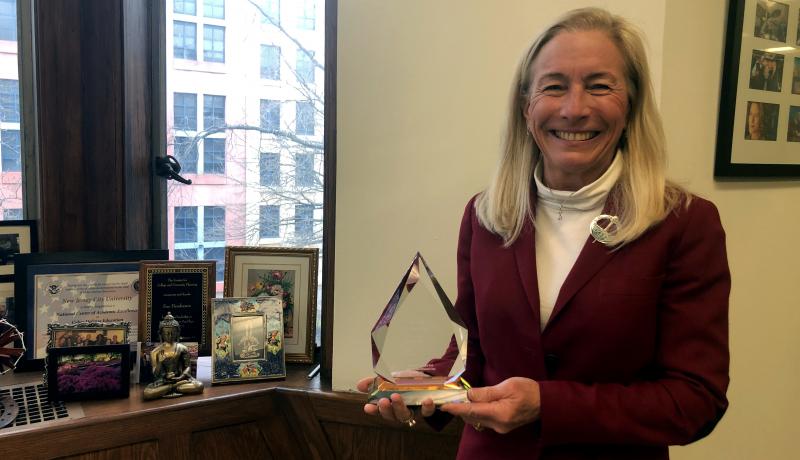 Mayor Gabriel Rodriguez, a 2005 NJCU alumnus, presented the award to Dr. Henderson on behalf of the city and its Women's History Month event.

The theme for the event was #ChoosetoChallenge. Dr. Henderson served as the keynote speaker for the event, speaking to the audience of high school students, particularly National Honor Society students from Memorial High School and female honor roll students, and women’s leaders in the city. Her motivational discussion gave those in attendance insight into her path from studying mathematics in college during an era when women in the field had different expectations, to 2021 when she is one of just six female college presidents at four-year institutions of higher education in the state of New Jersey.

Dr. Henderson said, “As a mentor once said to me ‘aim for the stars and who knows — you may reach the moon.’ My advice to young women is to always pursue their dreams. Just keep pushing and keep working as that is what makes success happen. You do not need to be the president of a university, or the mayor of a city, or a superintendent of schools to be a leader or a role model. Each of us are role models to the people in our own lives. I am honored to be considered as a role model for other women, but I also will continue to look to others for my own continued learning.”

Dr. Henderson quoted author Germany Kent “Stay on track, don't look back. You have come too far not to finish what you started. You can improve, you can change, you can progress, you can make a difference. You can do it, if you stay on track.”