Statement from Joseph F. Scott, Chair of the NJCU Board of Trustees, on the Resignation of Dr. Sue Henderson 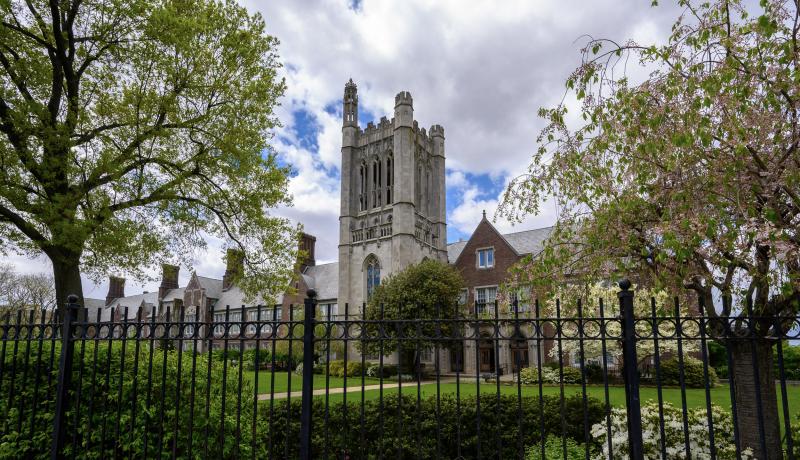 Dear Members of the NJCU Community:

Today, during our regularly scheduled Board of Trustees, I received and accepted, with mixed emotions, the resignation of Sue Henderson as President of New Jersey City University, effective July 1.

We are incredibly grateful for the vision, commitment, and leadership that Dr. Henderson has displayed during her 10-year run as the 12th president — and first female to hold this office — in this institution’s more than 90-year history. We are indebted to her unwavering determination to advance the mission of the University.

We celebrate the transformational initiatives that have occurred since Dr. Henderson was appointed president in August 2012. These include the establishment of the NJCU School of Business and its relocation it to a state-of-the-art facility in Jersey City's financial district along the Hudson Waterfront and the implementation of the $400 million University Place project, which is redeveloping the institution's West Campus into a modern urban village that will aesthetically and economically revitalize the region.

Additionally, Dr. Henderson spurred the university’s efforts to become the educational partner in the revitalization of Fort Monmouth. This new location opened in August, 2021, and makes the university the only four-year public higher education program in the area.

Furthermore, throughout her tenure, Dr. Henderson has ensured NJCU tuition and fees would remain among the lowest of all public, four-year colleges and universities in New Jersey, and implemented the NJCU Debt-Free Promise Program to make a college education accessible and affordable — a program which helped inspire the state’s introduction of the Garden State Guarantee. Numerous new academic programs were launched during her presidency, including our General Education program and an Honors Program.

Finally, Dr. Henderson has also represented the university nationally with distinction on several important boards, including chair of the Board of Directors of the Hispanic Association of Colleges and Universities (HACU) and past Vice-Chair of the influential NCAA Board of Governors.

Throughout her presidency, Sue has demonstrated a deep commitment to academic excellence and access to a quality, affordable higher education for our diverse student population. The Board of Trustees thanks her and wishes her well in her future endeavors.

As we move forward, Jason Kroll, Vice President & Chief Strategy Officer, has accepted the request from the Board of Trustees to lead the transition in leadership as Acting President of NJCU. Jason has requested he not be considered a candidate for the permanent post, and the Board will honor those wishes.

President Henderson, who welcomed Kroll’s leadership to the senior team in August 2017, said: “I am grateful that Jason will be taking the lead in the work to be done at NJCU. His experience and documented successes at NJCU are clear evidence that NJCU will continue to move forward and come out stronger in service to our students and our community.”

With over 17 years of experience in multiple senior leadership positions at three distinctly different institutions — Rutgers University-New Brunswick, Monmouth University, and NJCU — the Board of Trustees are confident that Jason is uniquely capable of leading NJCU during this transitional period. He brings a holistic understanding and appreciation for the totality of the institution, demonstrated success leading large, complex units, possesses experience managing boards, and a deep, passionate commitment to NJCU’s mission and the intrinsic value of higher education.

Dr. Henderson has built a strong senior team. Together, with Jason, they have been tasked with moving NJCU through one of the most challenging moments in the institution’s history. We have great confidence and respect for their individual and collective capabilities and perspective. We are grateful for their resolute commitment to the students, faculty, staff, and alumni. They have critically important work ahead of a national search for Dr. Henderson’s successor.