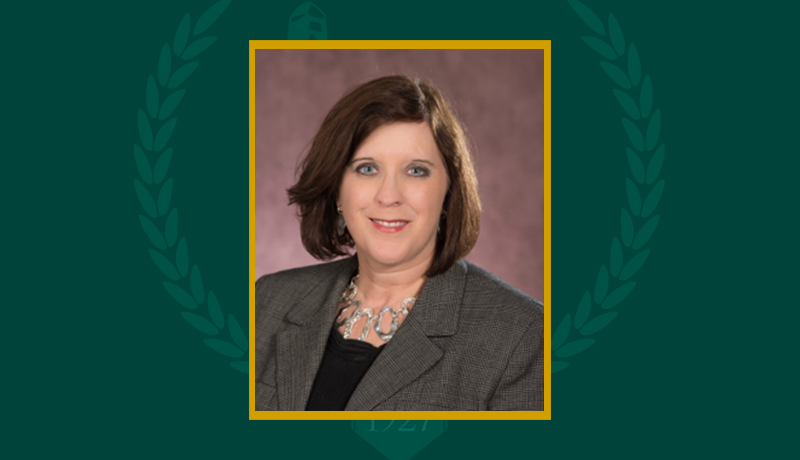 Earlier this month, we informed you that Dr. Tamara Jhashi, Provost and Senior Vice President for Academic Affairs, will depart the university after more than three years of leadership during often challenging circumstances at the end of the month.

I am happy to announce that Dr. Donna Breault, Dean of the Deborah Cannon Partridge Wolfe College of Education, has accepted the role of Acting Provost and Senior Vice President, effective October 4.

Donna joined the university community as Dean of the College of Education on July 1, 2021. During that time, she worked with faculty to examine data and develop plans to grow graduate enrollment. Through enrollment workshops, faculty changed their curriculum and identified new key markets for their graduate programs. She led the process of moving New Pathways to Teaching in New Jersey from a non-credit program in PELL to a credit-based program in the College of Education, and she facilitated the restructuring of the College through the merger of two departments into the newly formed Department of Teaching, Learning, and Literacy. Donna also worked to strengthen the ties between the College of Education and the A. Harry Moore School as the school celebrated its Centennial. Further, she worked to increase transparency and collaboration within her leadership team by incorporating tools like Padlet.

Prior to NJCU, Dr. Breault most recently served as Professor and Dean of the Dwight Schar College of Education at Ashland University in Ashland, Ohio. As dean, she led the College through a successful accreditation visit, helped faculty develop new and innovative programs, and worked with faculty to grow enrollment through purpose-driven initiatives. Before moving into full-time university administration, Donna taught master’s and doctoral students in curriculum studies, educational leadership, research, and foundations. She also served as a liaison with Chicago Public Schools while serving Illinois State University and Atlanta Public Schools in a previous role at Georgia State University.

Donna’s scholarly research is grounded within the work of John Dewey and particularly his theory of inquiry. Her numerous publications address partnerships, organizational leadership in higher education, and space as a metaphor for academic work. Her service within the field includes leadership in organizations such as the Society for Professors of Education, Curriculum and Pedagogy, the American Association of Teaching and Curriculum, and the American Educational Research Association. She is also an active member in Education Deans for Justice and Equity and a former fellow for Deans for Impact.

Dr. Breault earned her Ph.D. in Curriculum and Instruction from Georgia State University. She also holds a bachelor’s and a master’s degree in early childhood education from Oglethorpe University and held state licenses from Georgia in early childhood, middle grades education, and educational leadership. Before entering higher education full-time, Donna served as an elementary and middle school teacher and administrator.

Donna is married to four-time Fulbright recipient and academic leader Rick Breault.Together, they have two daughters, Audrey (18) and Niamh (17). Her father, Harold Adair, was a nuclear physicist who received the 1975 NASA group achievement award for his work with a US/Soviet team on an experiment diffusing isotopes in the absence of gravity and later helped develop the DXA scanner that measures bone density.

Please join me in thanking Dr. Breault for her willingness to serve the university as Acting Provost as we continue to pave a path forward to future sustainability while advancing the academic excellence and mission of the university.