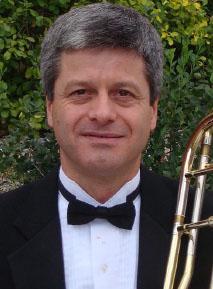 Gilles Bernard is Assistant Professor of Music and Coordinator of Brass Studies at New Jersey City University. He holds the positions of principal trombone with the Allentown Symphony Orchestra (PA) and was second trombone with the Lancaster Festival Orchestra (OH) for nineteen seasons.
An active freelance artist, he performs regularly with regional orchestras in the NY/NJ/CT area. Current and past performing organizations include the Metropolitan Opera; the Hartford Symphony; the Hudson Valley Philharmonic, the Albany Symphony; the Harrisburg Symphony and the Reading Symphony, Radio City Christmas Spectacular and the Broadway revival of The King and I. Before moving to the United-States, he performed on several occasions as an substitute/extra with the Orchestre National de France under Lorin Maazel, Pierre Boulez, Seiji Ozawa, Vaclav Neumann, and George Prêtre.
As a clinician, he works regularly with high-school level students throughout New Jersey and New York.
He holds the Bachelor and Master of Music degrees from the Juilliard School and the Doctor of Musical Arts degree from Manhattan School of Music. 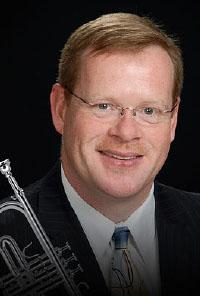 A regular on Broadway, Jerry has performed with Wicked, The Kind and I, Beauty and the Beast and is currently a member of the Radio City Music Hall Orchestra. He has also performed with the Metropolitan Opera, National Symphony (Washington D.C.), New Jersey, Jacksonville, McLean, Tallahassee, Fairfax, Annapolis, Long Island, Brooklyn, Bronx Arts Ensemble, Washington Ballet and Westfield Symphony Orchestras.

Before moving to New York City in 2005 Jerry was a member of the United States Navy Band, Washington DC for seven years. During that time, he was tasked to perform ‚Äòtaps' for hundreds of simple and full honor ceremonies at Arlington National Cemetery and throughout the country. Additionally, he was a featured soloist with the band and performed for presidents, dignitaries and audiences throughout the world.

Jerry has been Adjunct Professor of Trumpet at New Jersey City University since 2007. He holds a Master of Music degree from The Catholic University of America and a Bachelor of Music from Florida State University. 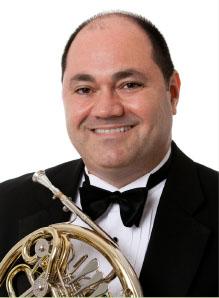 Javier Gandara has been a member of the Metropolitan Opera Orchestra since 1999. He is also
on the Horn Faculty at New Jersey City University, Manhattan School of Music and the Juilliard Pre-College Division.

Javier began his professional career at the age of 16 when he won a position in the Puerto Rico Symphony Orchestra while still attending High School at La Escuela Libre de Música in San Juan. He later studied at Indiana University and obtained a BM from the Juilliard School, where he studied with Mr. Ranier DeIntinis. He has held positions with the Orquesta Sinfónica del Principado de Asturias (principal), Orquesta Sinfónica de Euskadi (principal), and the Oregon Symphony (assistant principal) and has performed as a guest with the New York Philharmonic and the Chicago Symphony. He has also been on the faculty of the Youth Orchestra of the Americas (YOA) since 2003. 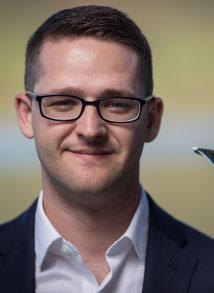 Dr. Christopher Leslie, a native of Cincinnati, Ohio, serves as a euphonium player in the West Point Band. He has been a featured soloist with numerous professional and collegiate groups, including the U.S. Army Band “Pershing’s Own,” the University of Georgia Wind Ensemble, the Indiana University Wind Ensemble, the St. Olaf Orchestra, and the St. Olaf Band. He has garnered numerous accolades in his performing career, winning prestigious competitions such as the Leonard Falcone International Euphonium Competition, the ITEC Artist Solo Competition, and the U.S. Army Band National Collegiate Solo Competition. He was named runner-up for the American Prize for Instrumental Soloists. His first solo album, "To the Point", received the Roger Bobo Award for Recording Excellence from the International Tuba Euphonium Association as well as two silver medals from the Global Music Awards.

Leslie earned a Bachelor in Music Education with Distinction from St. Olaf College, a Master in Music and a Performer’s Certificate from Indiana University’s Jacobs School of Music, and a Doctorate of Musical Arts from the University of Georgia. His mentors include David Zerkel, Philip Smith, Daniel Perantoni, David Werden, and Hiram Diaz.

Leslie is a Willson Artist and Clinician and performs on a Willson 2900TA. 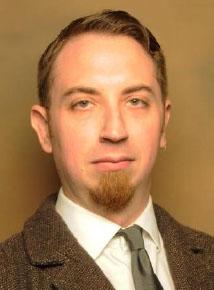 Dan Peck is a tubist, improviser, and composer living in New York since 2005. He performs regularly with contemporary ensembles such as the International Contemporary Ensemble (ICE) and Wet Ink, and has also played with the New York Philharmonic, Metropolitan Opera, and New York City Ballet. As an improviser, Dan has toured Europe and played at international festivals with his own doom jazz trio The Gate, as well as with Ingrid Laubrock and Anthony Braxton. His record label, Tubapede Records, releases new and experimental media from the NY area and beyond. In Spring 2017, Dan Peck became the Principal Tubist of the New York City Ballet.