Not only does NJCU's campus have charm with its floral paths, greenery, and places to enjoy nature in the midst of an urban setting, but Jersey City was voted among the 100 Best Cities for Millennials, giving students, recent graduates, and young professionals a great reason to study here--and to stay in NJCU's hometown. 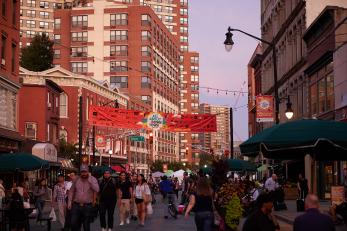 Jersey City has been named one of the most diverse cities in the nation.  NJCU echoes this demographic with more than 100 countries and 60 languages spoken within our campus community, making every day a truly intercultural and dynamic experience.

Jersey City features 30.7 miles of waterfront, and an extensive transportation infrastructure, making transportation to and from Jersey City to New York City a seamless experience.  A 10-minute drive by car, 8 minutes on the PATH train, or 12 minutes by ferry provide NJCU students 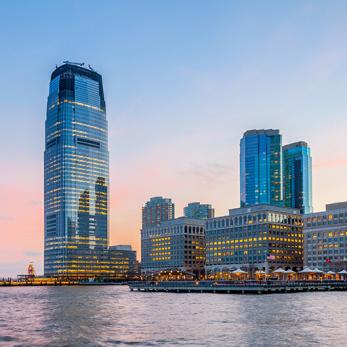 Redevelopment of the Jersey City waterfront has turned the city into one of the largest centers of banking and finance in the U.S., and led to its nickname of Wall Street West.  The NJCU School of Business is located in the heart of the financial district, providing students with opportunities for internships and careers in neighboring Fortune 500 companies.