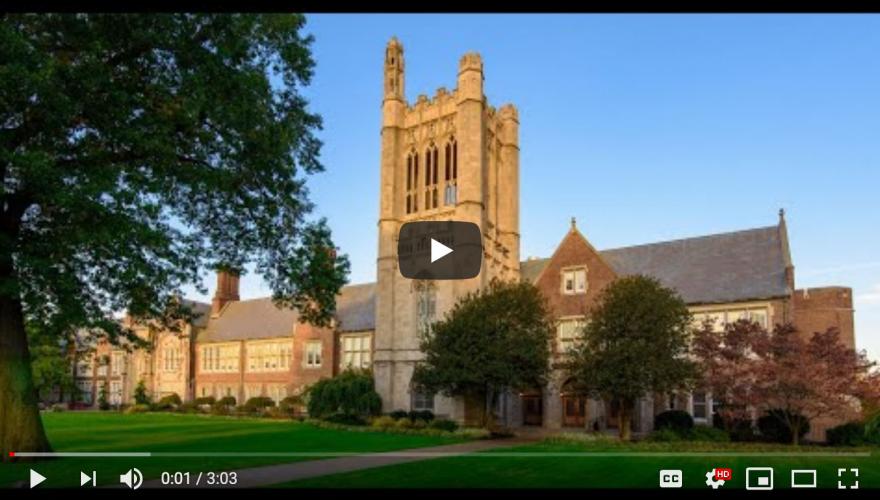 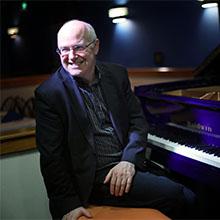 Allen Farnham teaches Applied Jazz Piano, Jazz Arranging & Composition, and Jazz Improvisation. His teaching style emphasizes a strong foundation in the fundamentals of improvising and composing within a jazz style. Allen focuses on theory, ear training, and knowledge of various jazz style.An active jazz pianist, composer/arranger, producer, recording credits include Joe Lovano, Chris Potter, Charlie Byrd, and more. Allen records extensively as both a leader and side musician, and has worked as a staff producer and arranger for the jazz label, Concord Records. A graduate of the Oberlin Music Conservatory, Allen is the recipient of grants from the National Endowment For The Arts and Meet The Composer Foundation. He also holds a Master of Music Degree in Jazz Composition and Arranging from William Paterson University. 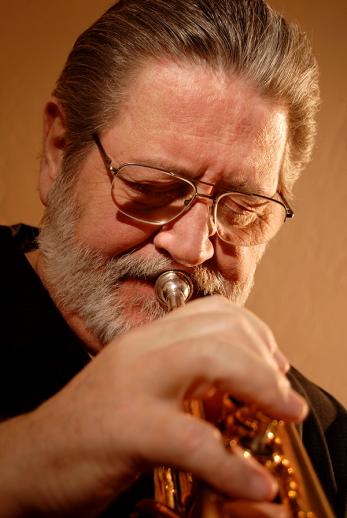 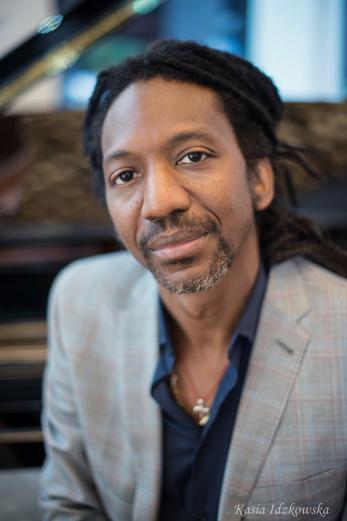 Elio Villafranca teaches Applied piano and ensembles at NJCU.
Born in Cuba, since his arrival in the U.S. in mid 1995, Elio Villafranca is at the forefront of the latest generation of remarkable pianists, composers and bandleaders.
He received a 2010 Grammy Nomination in the Best Latin Jazz Album of the Year category. In 2008 The Jazz Corner nominated Elio Villafranca as pianist of the year.
Over the years Elio has recorded and performed nationally and internationally as a leader, featuring jazz master artists such as Pat Martino, Terell Stafford, Billy Hart, Paquito D’Rivera, Eric Alexander, and Lewis Nash, David Murray, and Wynton Marsalis among others. As a sideman Elio Villafranca has collaborated with leading jazz and Latin jazz artists including: Chick Corea, Billy Harper, Sonny Fortune, Giovanni Hidalgo, Miguel Zenón, and Johnny Pacheco among others.
Elio is based in New York City and he is a faculty member of Temple University, Philadelphia, The Juilliard School of Music, New York University, and Manhattan School of Music. 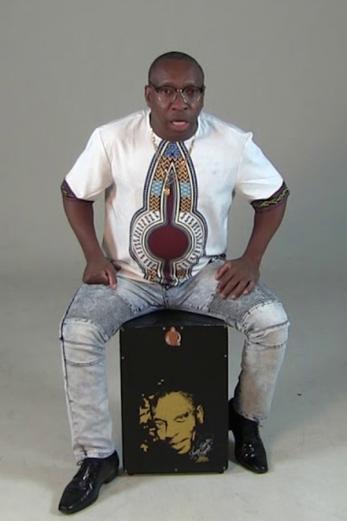 Freddy teaches Applied percussion, World Percussion Ensemble & Afro-Peruvian Ensemble at NJCU.
Maestro Huevito hails from Pamplona Alta, Lima, Peru. He has performed and toured internationally with Afro-Peruvian music luminaries and played and composed for Eva Ayllón, Peru Negro, Lucila Campos, Guajaja and la Peña Don Porfirio. A member of Peru’s legendary Lobatón family, Huevito  is considered the world’s leading authority on Peruvian zapateo dancing and one of the most virtuosic percussionists of his generation. Huevito’s distinctive approach to the cajón, quijada (jawbone) and cajita in a jazz context has made him a pioneer among Afro-Peruvian percussionists. He is a founding member and an essential element of Gabriel Alegriá’s Afro-Peruvian Sextet since 2005. Huevito has also appeared as guest artist on stage and in recordings with The Maria Schneider Jazz Orchestra, Arturo O’farrill’s Afro-Latin Jazz Orchestra and in hundreds of recordings and broadcasts throughout Perú. 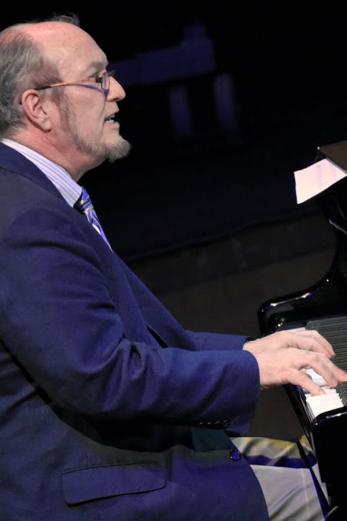 Garry Dial teaches Improvisation, Jazz Theory, Ear Training & ensembles at NJCU.
Gary has firmly established himself as one of the most prodigious and respected talents in jazz today, always broadening his artistic horizons as a pianist, composer, producer and teacher. Throughout his remarkable career, he has performed with such jazz legends as Red Rodney, Dick Oatts, Dizzy Gillespie, Gerry Mulligan, Roy Haynes, Mel Lewis, Nat Adderly, Joe Lovano, and Jerry Bergonzi. As an educator, Dial is also a member of the Manhattan School of Music’s faculty in New York City, having passed on his vast musical knowledge to many of today and tomorrow's rising musical stars. 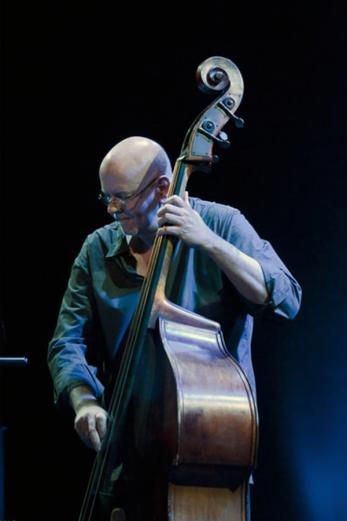 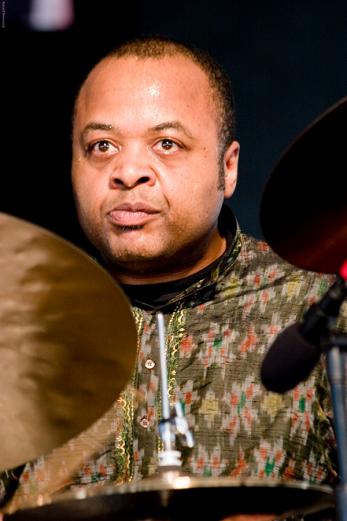 Jeff "Tain" Watts teaches Applied drums and Ensembles at NJCU.
Tain  holds the unique distinction of being the only musician to appear on every Grammy Award-winning jazz record by both Wynton and Branford Marsalis.
Has worked in the film and television industry as both a musician on The Tonight Show with Jay Leno and as an actor, playing Rhythm Jones in Spike Lee's Mo' Better Blues.
Watts performed and recorded with the Branford Marsalis Quartet from 1985 to 2009. He currently performs with his own groups The Watts Project and the Jeff "Tain" Watts Quartet, as well as with McCoy Tyner.
Watts writes most of the compositions on his own albums. 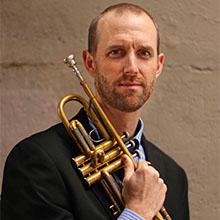 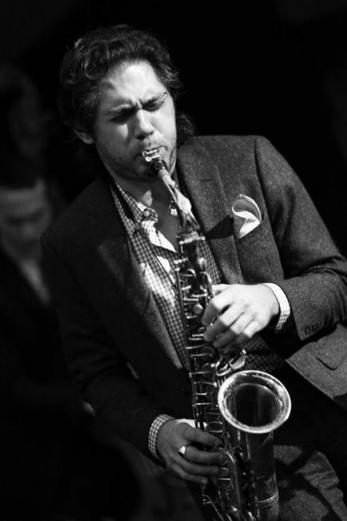 Saxophonist/multi-instrumentalist and composer Nick Biello teaches alto saxophone applied at NJCU.
Nick has shared the stage with world-class artists, such as Slide Hampton, Cedar Walton, the Jimmy Heath Big Band, Rich Perry, Phil Markowitz, Steve Davis, Clarence Penn, John Benitez, Henry Cole, Victor Bailey, Jaimoe Johnson and Butch Trucks of the Allman Brothers. And played at the most famous venues and festivals throughout the United States and Europe.
Nick has been recorded on hundreds of albums, from his own original projects to his work as a sideman for other artists.
In demand as a composer and arranger, Nicholas has written arrangements that have been performed by artists such as Stevie Wonder, Dave Koz, and Kelly Rowland. 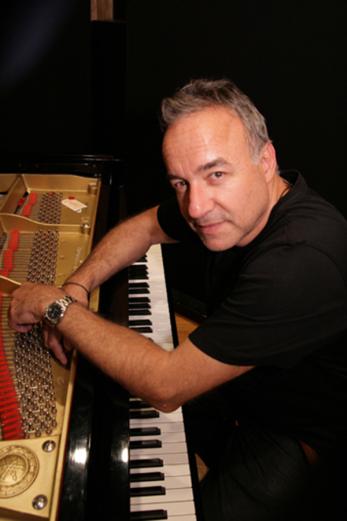 Composer/pianist, Olegario Diaz teaches applied piano, jazz theory and ensembles at NJCU.
Olegario studied music at Berklee College of Music in Boston, Massachusetts, where he earned a Bachelor’s Degree in Composition in 1978. Later, in 1986 he earned a Master’s Degree in Jazz Studies from the Manhattan School of Music in New York.

For his debut album, he recorded with renowned musicians in the New York jazz scene: Rich Perry, Ron McClure and Billy Hart. 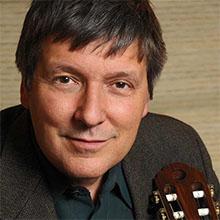 Paul has gained a reputation as one of the top jazz and Brazilian jazz guitarists of our time, being called, "One of the most eloquent jazz guitarists since Kenny Burrell.” NY Times. Paul toured worldwide for many years with jazz singers Jon Hendricks and Andy Bey. He has performed and recorded with an ever growing list of jazz greats - Geri Allen, Karrin Allyson, Kenny Barron, Bruce Barth, Ron Carter, Jovino Santos Neto, Rufus Reid, Claudio Roditi, Annie Ross and David Sanchez to name just a few.Paul has a number of critically acclaimed CDs. He teaches jazz guitar, improvisation and coaches jazz and Brazilian ensembles at William Patterson University and Peabody conservatory. He also taught at the Jazz for Teens program at NJPAC in Newark. 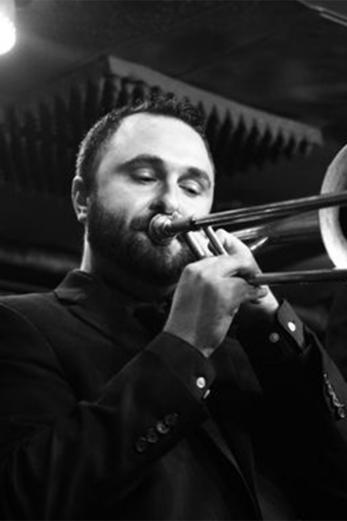 Robert Edwards teaches applied trombone and Arranging at NJCU.
Robert is one the bright new voices in jazz trombone today.
Educated at The Juilliard School, Edwards' move to New York has been highlighted by performances with Jimmy Heath, Claudio Roditi, Roy Hargrove, Christian McBride, and the Dizzy Gillespie All-Star Big Band.
Ever striving for greater musical heights, his vigilance to be a leader in the music is realized by his debut on D Clef Records, "Sound Business".

"Robert Edwards is a wonderful trombonist with a smooth flow of ideas and great intonation. His harmonic understanding is exemplary and his writing is strong both in the tradition and in the modern/contemporary sense.  I look for a lot more from Robert in the future." - Steve Turre, Trombone Icon 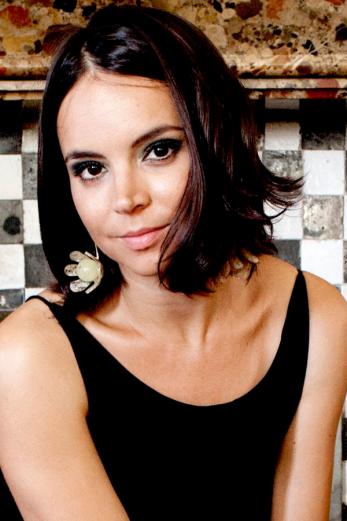 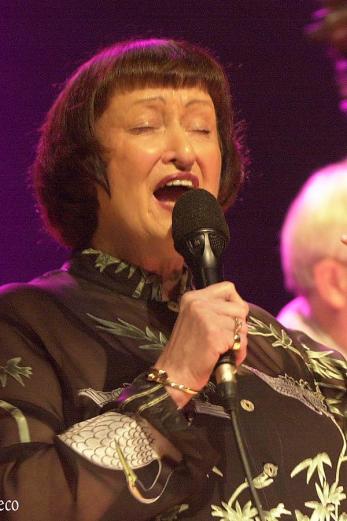 Sheila Jordan teaches applied voice and vocal seminar at NJCU.
(born Sheila Jeanette Dawson) Sheila is a great American jazz singer and songwriter.
She has recorded as a session musician with an array of critically acclaimed artists in addition to recording her own albums. Jordan pioneered a bebop and scat jazz singing style with an upright bass as the only accompaniment.
Jordan's music has earned praise from many critics, particularly for her ability to improvise lyrics; Scott Yanow describes her as "one of the most consistently creative of all jazz singers." Charlie Parker often introduced Jordan as "the singer with the million dollar ears." 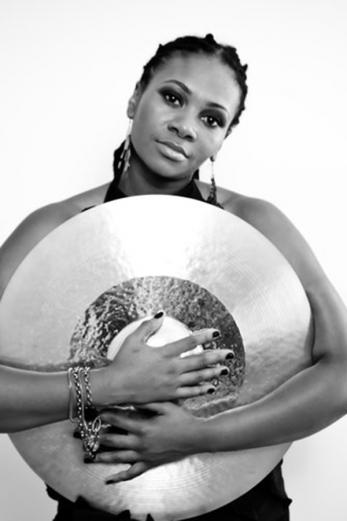 Shirazette Tinnin teaches Applied Drums, musician health and personal training at NJCU.
As an on demand drummer based in New York City, Shirazette performs and tours frequently with premier bands and artists such as the Allan Harris Group, Tia Fuller Quartet, The Mimi Jones Band, Nicole Mitchell's Black Earth Ensemble, Women of the World Ensemble, Queen Esther, Gabriel Algeria Afro Peruvian Sextet, Natalie Douglass and many others.
Shirazette is also the leader of her own projects including the Shirazette and Sonic WallPaper Fusion Band  and The Blue Popped Culture Trio.
An active clinician, educator, mentor, composer, a certified personal trainer and published author. She is passionate about preserving the health, wellness, stamina and integrity of her craft.  Her articles about performance and health advocacy have been featured in Modern Drummer and Tom Tom Magazine. 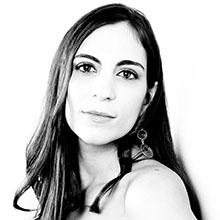 Argentine vocalist, composer and producer, Sofia combines many styles in her music drawn from multiple sources, ranging from South American folk to jazz, pop, new classical music and electronic sounds. Two of her four critically acclaimed albums have earned Independent Music Awards.The array of artists she has worked with includes John Zorn, Bobby McFerrin, Maria Schneider, Myra Melford, the Klezmatics, Pedrito Martinez, Susana Baca, and Geoffrey Keezer with whom she earned a Grammy Nomination for Best Latin Jazz Album of 2009. She works with Berklee College of Music’s Global Initiatives program. Her music has taken her all around the world to venues and festivals including Carnegie Hall, the Lincoln Center, Weiner Konzerhaus, Montreal Jazz Festival, North Sea Jazz, and Teatro Degollado. 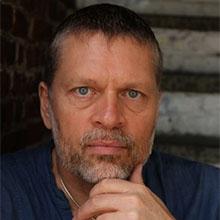 Tim teaches jazz drums, composition and arranging. He is a graduate of the Berklee College of Music in Boston, recoding and performing with many artists including John Scofield, Bob Mover, The Jazz Composers Collective, Wynton Marsalis, The Maria Schneider Jazz Orchestra, and The Village Vanguard Jazz Orchestra to name a few.Tim has traveled extensively in the US, Europe, Asia, North and South America. He represented the U.S. State Department as a member of the “The Jazz Ambassadors,” with the Roseanna Vitro Quartet in the Balkins. Tim loves to harness the power of music with a broad audience of fellow music lovers and passionate musicians. Tim has found great joy and satisfaction in making music and sharing it with fans and people all over the world.

Tim has an artist endorsement with Vic Firth Sticks and with Istanbul Cymbals.