Students in the Music Business program will prepare for careers in the commercial music industry, in such fields as artist management, music publishing, concert promotion, record labels, music marketing, talent booking, music promotion & publicity, and tour management. The Music Business program is also perfect for performers who want to have the information needed to effectively navigate this fast-changing business and build their careers. The Bachelor of Arts degree includes the university's core liberal arts courses, plus courses in the music industry, business administration, and applied music. Music industry internships are provided to allow the student to experience the workplace and make career decisions.

My business is my life and my life is my business!

It's an exciting place to work if you have the skills to succeed. Come study with the top industry professionals at New Jersey City University. Whether you're chasing stardom as performer, artist manager, talent agent, concert promoter, record label owner, producer, digital-age music entrepreneur - or any other career in entertainment - We'll get you ready to compete, with courses designed to help you succeed. Our Jersey City campus is within sight of New York's entertainment industry - putting internships and careers within your reach. Your dreams can become a reality with the right education. NJCU is the affordable choice - close to home and close to the heart of the music business! We want to meet you!

Students in the Music Business program will prepare for careers in the commercial music industry, in such fields as artist management, music publishing, concert promotion, record labels, music marketing, talent booking, music promotion & publicity, and tour management. The Music Business program is also perfect for performers who want to have the information needed to effectively navigate this fast-changing business and build their careers. The bachelor of arts degree includes the university's core liberal arts courses, plus courses in the music industry, business administration, and applied music. Music industry internships are provided to allow the student to experience the workplace and make career decisions.

Steve Dillon, founder and president of Dillon Music, one of the premiere woodwind and brass stores in the world, is an active lecturer at universities around the United States. He has been profiled by the New York Times and recently appeared on the Discovery Channel. Prof. Dillon is one of the world's leading researchers on the life and music of trombonist Arthur Pryor, and the foremost authority on military fifes. Prof. Dillon has served as president of Dillon Music for past 25 years and was recently awarded Small Business Person of the Year by the Woodbridge Chamber of Commerce. 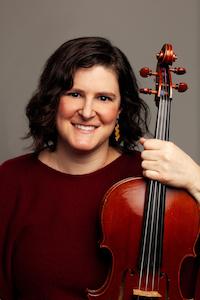 Beth Holub is an active Marketing, PR, Strategy, and Arts Administration professional in the NYC area specializing in classical music and publishing. She has a BA in Viola and Art History from the University of Arizona and an MBA in Marketing and Management from Fordham University, Gabelli School of Business. Past administrative positions include General Manager for Boston-based Symphony Nova, Senior Publicity Manager at Unison Media, and Director of Marketing and Promotions Director at Carl Fischer Music/Theodore Presser Company. Beth is currently a partner at Black Tea Music, a management agency representing classical composers, runs her own graphic design/PR/ marketing consultancy agency, is an adjunct professor at New Jersey City University teaching music business, and gives lectures and seminars on the business of music. Beth was honored in 2015 by Direct Marketing News as a 40 under 40 professional to watch.

Beth is an active freelance violist performing with orchestras, opera companies, and recording artists. She has worked with Cat Power and the Memphis Rhythm Band, recorded with Los Angeles/London record producer Ed Buller of the Psychedelic Furs, and records for established groups in Arizona, Massachusetts, and New York at studios such as WaveLab, Waterworks, Q-Division, and Avatar. As a member of the band Eksi Ekso, she played official shows at SXSW in Austin, TX in 2009 and 2011. She has performed with the Bangor Symphony (ME), Guerilla Opera (MA), Juventas New Music Ensemble (MA), Boston Opera Collaborative (MA), MetroWest Opera (MA), the String Orchestra of Brooklyn (NY), Greenwich Village Orchestra (NY), the Contemporary Music Ensemble at CUNY, Garden State Philharmonic (NJ), and The Chelsea Symphony (NY), as well as with other various orchestras, opera companies, and chamber music ensembles. Her festival credits include Brevard Music Center (NC), Boston University Tanglewood Institute, Ameropa Chamber Music Festival in Prague, Czech Republic, and the Pierre Monteux School (ME). 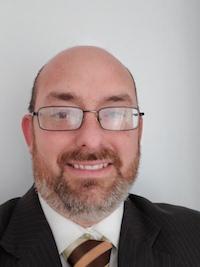 A frequent lecturer on intellectual property and other entertainment law related topics, Gary also teaches courses in contract, business and entertainment law at Montclair State University, as well as Music Business Law at New Jersey City University. In his spare time, he also plays guitar in two bands: Adam & the Plants and The Mutts.

He received his Bachelor's Degree from Montclair State University and his Juris Doctor from Seton Hall University. 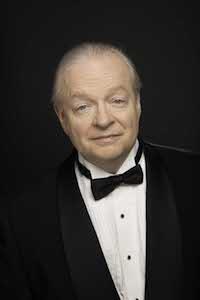 William Riley is a world-renowned voice trainer, a singer, a stage director, a minister of music and has been a consultant or served on faculties of the Voice Foundation Symposia, The American Academy of Otolaryngology (24Years), The Actors Studio, The New School University, Westminster Choir College; He has been consultant in Voice to Grabscheid Voice Center (Mt. Sinai Hospital New York), Lenox Hill Hospital, The Royal Medical Hospital in Amman Jordan, The White House, and The Metropolitan Opera.

Professor Riley first studied horn and then turned to voice at Southern Methodist University and the University of Illinois at Urbana-Champaign. The winner of numerous prizes and competitions, including the NATSAA Award, Berton Coffin Award, NFMC Young Artist Award, Merle-Montgomery New York City Opera Award, and Rosanna M. Enlow Vocal Competition, he was also a regional finalist in the Metropolitan Opera Auditions and was awarded a 1988 career development grant by the Brahmsgesellschaft (Baden-Baden, West Germany). He has performed throughout the USA and internationally, and has recorded for Arabesque, Koch-Schwann Austria and Musical Heritage Society Records. “Mellow baritone, effortlessly produced” (The Times, Trenton). “A hall-filling super-legato” (Daily Chautauquan). “A ringing baritone voice” (Morning Advocate, Baton Rouge). “Top-notch” (The Times, Shreveport Louisiana).

Teaching at the University level for over twenty-five years, he has been invited to teach on the subjects of voice, vocal health and opera at over a dozen institutions in the U.S. and abroad, including Yale University, and the Universities of Iowa, New Hampshire, Maine, Groningen (Holland), Turku (Finland), and Tulsa, Oklahoma. He has been an invited speaker at the Second World Voice Congress Brazil, the World Voice Congress 3 in Turkey, the joint meeting of the Acoustical Society of America/Japanese Acoustical Society, and the Congress of the South African Society of Otorhinolaryngology Head and Neck Surgery. In 2002 he was a featured Master Class teacher at the Austrian Voice Institute during the Salzburg Festival. For the past several years, he has served with the United Nations initiative “Music as a Global Resource” and is Artistic Director for the NGO “Destination Peace.” In 2013, Professor Riley was featured speaker on The Kennedy Center “American Voices”, curated by Renee Fleming. He has been co-instructor of the course “The Actor and Singer as Patient of the Laryngologist” at the American Academy of Otolaryngology for 28 years. It is the longest-running instruction course at the Academy. In 2017 and again in 2018 Riley delivered the Vocal Pedagogy Tutorial for the opening of the Voice Foundation Symposia.

Riley’s voice apps for smartphones and tablets are available from eXQuisite Software.

Riley is a Voting Member of the National Academy of Recording Arts and Sciences (The Grammy Awards). In 2019, his studio family received 19 Grammy nominations in numerous genres, from classical to jazz to folk. In 2018 six of his clients won the coveted Grammy Award. He is also a member of The International Horn Society. 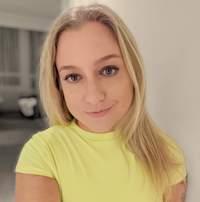 Whether you are an artist or an entertainment company, a music attorney is an essential part of your team. In today’s music industry, many artists are choosing to forego traditional record deals in favor of forming their own companies and self releasing their music. A music attorney can be a useful guide through that process, as well as through the process of pursuing a traditional record or publishing deal.

​Cassandra Spangler, Esq. is a music attorney licensed in the State of New York and has been proudly representing artists, producers, songwriters, record labels, production companies, publishing companies, artist managers, industry executives, influencers, and more since 2010. She provides counsel and representation to individuals and entities in all facets of the music industry with legal aspects of their musical careers, including contracting, copyright and trademark registration, licensing, and business formation.

Cassandra has also been an independent artist herself for more than 25 years.