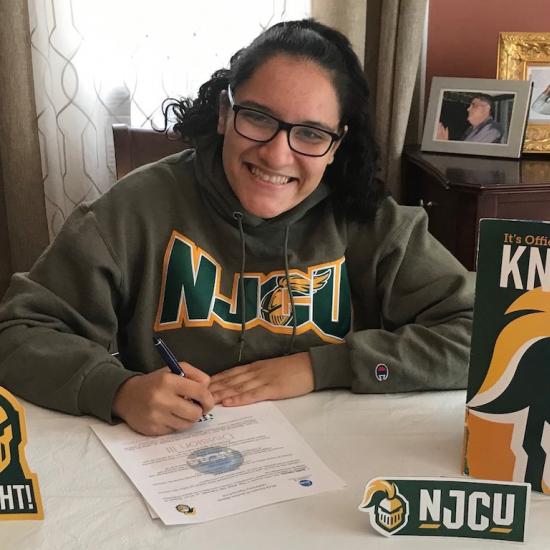 An incoming first-year student from West Orange high School, Sandra will headline NJCU’s inaugural women’s wrestling team which launches in the 2020-21 academic year. In a sport with trailblazers emerging nationally, Sandra was the 2020 NJSIAA state champion and region champion, posting a perfect record of 22-0 with 21 pins. She is ranked No. 9 in the nation at the junior level at 191 lbs.

Sandra grew up in a martial arts school and has been involved with that sport her entire life. She has been wrestling for 10 years. At West Orange High School, she was a four-year member of its Air Force Junior ROTC program. Sandra grew up in a military family. Sandra will major in Business Management at NJCU. Sandra’s excitement to wrestle for NJCU Coach Elena Pirozhkova: “This will be my first female head wrestling coach who has had international and Olympic experience and I'm really excited about it!”

Tagged as:
School of BusinessWrestling