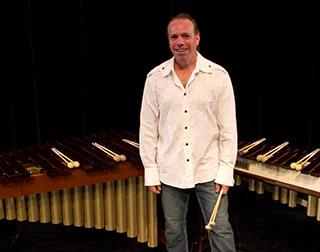 Greg tours regularly, performing on the many Community Concert Series programs throughout the US, as a soloist with orchestras and in recital throughout North America, Europe and Asia. Greg has performed recitals in Weill Recital Hall at Carnegie Hall, Theatro Juarez in Mexico and the Glenn Gould Studio in Canada.

Look for Greg’s book, “Opinions on Playing the Marimba”, in 2021. Greg interviews many leading marimba players about what they learned from their teachers, what evolved along the way and what they now teach their students. Published by Heartland Marimba Festival Publications. 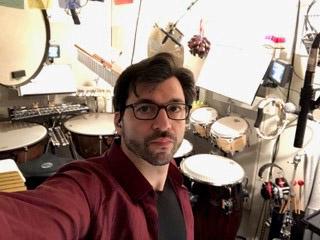 A graduate of Oberlin Conservatory and Temple University, David Mancuso has performed with professional symphonic ensembles and in contemporary chamber music situations world wide for nearly 25 years. Additionally, he has served as drummer, percussionist and Assistant Conductor for numerous Broadway shows, most recently for Disney’s Frozen on Broadway, and as part of the international music coordination team for more than 15 international productions of Disney’s The Lion King.

Based in New York City, David is an avid student of tennis, and he also enjoys practicing and teaching meditation as well as the art of Japanese Swordsmanship. He joined the teaching faculty of New Jersey City University in 2018 and is energized teaching young musicians how to develop themselves through music, beyond simply learning to play. He conveys the need for rigorous attention to detail, an appreciation of tradition, creative problem solving, all while embracing the modern teaching and performing requirements of a 21st century musician. 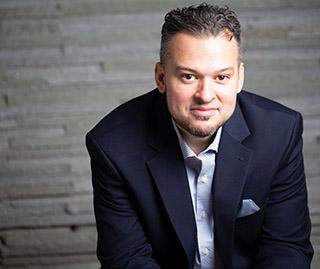 Born and raised in Perth Amboy, NJ, Juan “Carlito” Mendoza has been studying and performing for the past 25 years. The classically trained musician (marimba, timpani, orchestral snare drum, vibraphone, drum set and hand percussion) received his BA in Music Education in 2004 (New Jersey City University) and his MA in Music Education in 2013 (summa cum laude). In a quest to further his musical knowledge, Juan Carlos has also had the privilege to study under Nicholas Cerrato (Timpanist for the Tony Award Winning Broadway show Cats), Greg Giannascoli marimba virtuoso and percussionist of the Philadelphia Pops Orchestra and Brazilian Master Guillerme Franco. From a very tender age, Juan has been competing and establishing himself as a talented musician. At the age of 13, he competed and won Best Soloist in a national blossom festival Maid of the Mist competition held in Niagara Falls, Canada.

Juan has also competed as part of various drum corps. In 1997 and again from 1999- 2001, he participated with the world re-known Hawthorne Caballeros Drum and Bugle Corps from Hawthorne, NJ. In 2002, he marched with the Syracuse Brigadiers where they won the Drum Corps Association World Championship and won best percussion. Also in 2002, he competed and became the Drum Corps Association Snare Drum Champion where he beat 35 other snare drummers from across the nation. In addition, Juan has been featured in Pat Petrillo's New DVD Learning to Read Rhythms by Alfred music where he performed and recorded all the musical examples and was featured soloist.

Finally, Juan Carlos competed at the 2012 Guitar Center Drum Off where he beat over 5,000 drummers around the nation to become the 2012 Guitar Center Drum Off Grand Champion and most recently has been featured on Drumeo while providing quality content for their site and the drumming community. Juan is an adjunct professor at the New Jersey City University, currently runs a drum educational website, where he offers an array of pre-recorded video drum lessons on various topics ranging from technique to different musical styles and is also a middle school band director. His drum method book "Rudiment Creativity Vol. 1: Rolls and Paradiddle Rudiments" demonstrates how to apply rudiments in creative ways around the drum set and inspire . Finally, Juan is currently working on his new method book "Rudiment Creativity Vol.2: Flams and Drags", which should be out by the end of year. 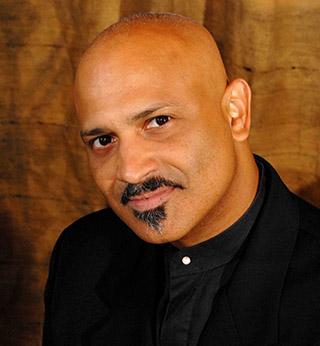 New York-based Rolando Morales-Matos is a well sought after Latin, Jazz, and Classical percussionist, vibraphonist, composer and arranger. Rolando is a percussionist of Ron Carter Foursight Quartet, performed and toured extensively in both US and the abroad. He has also performed and/or recorded with artists and groups such as Paquito D’Rivera, Dave Samuels, Dave Valentine, Celine Dion, Michael Bolton, William Cepeda, Wess Anderson, Nexus Percussion Group, The Birdland Big Band, just to name a few. In 2006, Rolando was the recipient of Drum Magazine's World Beat Percussionist of the Year Award. He has recorded numerous film sound tracks and appeared playing on screen in the Disney film Enchanted. Rolando is a percussionist and an Assistant Conductor of The Lion King on Broadway, and frequently plays with The Philadelphia Orchestra. Rolando has developed unique vocabularies of playing melodies on non-pitched percussion instruments and drums. In 2008, he released his solo album “From The Earth” featuring the Hang Drum.

Before arriving in New York City, Rolando has been the Principle Percussionist with Orquesta Sinfonica de Galicia in Spain, the Guest Principle Timpanist with New Zealand Symphony Orchestra, and regularly performed with Puerto Rico Symphony Orchestra and Pittsburgh Symphony. He has also toured the Caribbean, the United States, and Europe with many salsa and popular bands of Caribbean and South America.