Reorganization of the Senior Administration 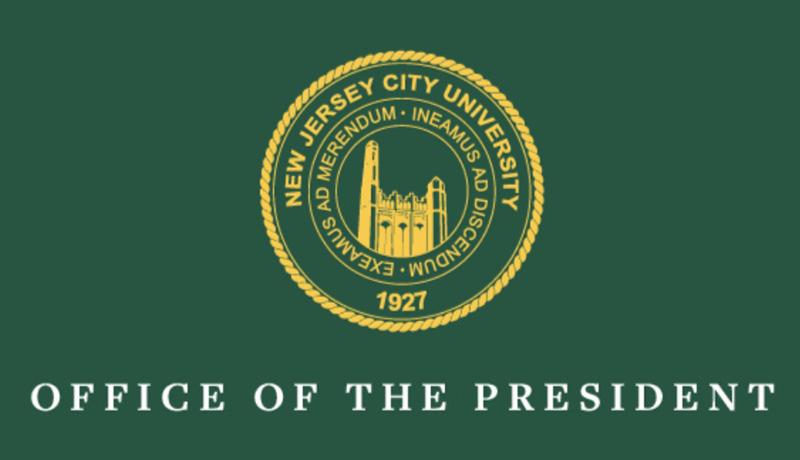 NJCU continues to make the difficult decisions necessary to provide a foundation for future long-term sustainability of our unique mission. These decisions are sobering and painful yet necessary. Today, I write to inform you of reorganization of the senior administrative teams and divisions at the University.

First, it’s important to be realistic about current trends in higher education. NJCU’s enrollment, along with that of many of its peers across the country, is significantly smaller today than it was just five years ago. Macro socioeconomic trends will lead to a 9% drop in the number of New Jersey students graduating high school between 2018 and 2028 — an even greater drop than the 4.4% decline predicted for the Unites States and the 5.9% decline predicted for the Northeastern Region. These hard realities, combined with the disproportionate effect the COVID-19 pandemic brought upon the student population we uniquely serve, means NJCU must continue making difficult but necessary adjustments reflective of the changing landscape.

This summer when the financial crisis was declared by the Board of Trustees, we entered Fiscal Year 2023 with a structural deficit of more than $20 million. As such, NJCU’s managed fixed and variable costs must come in line with the smaller undergraduate enrollment population it serves today and, likely will, for the foreseeable future.

To date, we have reduced this deficit by identified savings of approximately $10 million in cost containment strategies that were put in place quickly and decisively by late summer. These include incredible hardship in the form of managerial layoffs and concessions collaboratively arrived at with union leadership. We are working towards budget neutrality by June 30, 2023, which will require additional cost containment measures and include temporary cash-raising options.

Our largest fixed cost is personnel, which is certainly where the greatest amount of consternation and pain exists in the decision-making process, and hence have been the most difficult of all to implement.

Since the pandemic we have seen a reduction in the managerial workforce of over 30%. We have had to say goodbye to some outstanding, deeply committed professionals and dedicated servants to our mission. Many of the jobs that have been lost are part of a shared sacrifice to sustain NJCU’s mission and were in no way reflective of performance, capability, and commitment for the institution.

Effective immediately, we are announcing additional changes which will result in the senior administration becoming leaner in accord with a smaller undergraduate enrollment, and in line with administrative services recommendations made by the rpk Group.

Specifically, four divisions will be consolidated, reducing the total number of divisions from six to four. This restructuring will also include the elimination of three senior administration positions: Chief Operating Officer, Chief Strategy Officer, and Vice President for Enrollment Management.

The four restructured divisions and senior leaders for each are now:

Aaron will retire from the University on December 2 after nearly 19 years of service as Vice President for Administration and Finance and most recently his role as Chief Operating Officer. He joined the NJCU community in June 2004 and has overseen the NJCU Division of Operations and Innovation that has been the primary stewards of NJCU’s human, fiscal, physical, and technological assets, managing the departments of Business Services, Procurement Services, Facilities and Construction Management, Human Resources, Information Technology, and Public Safety.

Furthermore, I want to thank Ben Rohdin for stepping up during the past two years to serve as the interim Vice President during a trying time for the university and for all of us in higher education. He has served in this role admirably and his commitment to the mission of the university and the service of our students has never wavered. Ben will now step back from his role as Vice President as we re-consolidate the divisions of Student Affairs and Enrollment Management and will remain engaged in critical transition issues for the university as we chart the path forward.

These last few months have been difficult on us individually and collectively. We are weathering a perfect storm and we will ultimately be better for it. Your optimism should be bolstered the way mine is. We have a solid and effective plan in place to lead us to budget neutrality in FY23. More importantly, we have the talent and resolve to turn today’s narrative 180 degrees. Why? It’s because of the dedication and commitment of our faculty, staff, students, alumni, and friends. When speaking with the members of each department this summer, I heard first-hand from individuals that I’m certain will fortify NJCU and its mission for another century and beyond. There is care, there is commitment, and there is fight here – we should all be so lucky as to have had an opportunity to be a part of something this special.

While all the changes throughout our fiscal emergency have been challenging, I am certain that the sacrifices made throughout this year will result in a strong, prosperous future for NJCU.

Enter to learn; exit to serve; our mantra will stand the test of time.