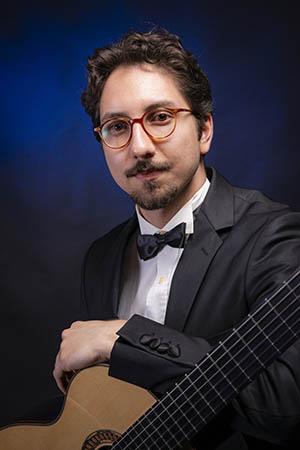 Since his concert debut at the age of 6, Turkish American guitarist and composer Dr. Celil Refik Kaya has received high promised accolades from an early age, being the youngest to win First Prize in the 2012 JoAnn Falletta International Guitar Concerto Competition, prizewinner of international guitar competitions from Europe and throughout the United States. In 2017 he was awarded “Rising Young Musician of the Year” by Donizetti Classical Music Awards in Istanbul and the prestigious fellowship from Harvard University’s Dumbarton Oaks.

The debut album of Dr. Kaya, Jorge Morel Guitar Music, was critically acclaimed by American Record Guide as "just perfect—he doesn’t try to make the music more than it is, but he does realize the real heart in these pieces." Kaya has also recorded works by Carlo Domeniconi and Agustin Barrios Mangore for Naxos Records.

Dr. Kaya expanded his worldwide notice throughout the time he pursued his Master Degree of music in New York City at Mannes School of Music. As a full-scholarship student, he has also received the Excellence in Performance Awards by the Mannes College the New School for Music. He studied in the studio of Michael Newman and privately with Grammy award-winning guitarist Sharon Isbin. During his studies, Dr. Kaya also studied composition with Frederic Hand and Donald Grantham.

In year 2017-18 Dr. Kaya was the only the third recipient of Harvard’s prestigious Dumbarton Oaks–Early Career Musician Fellowship as well as the recipient of Harrington Fellowship at The University of Texas at Austin under the study of renowned guitarist Adam Holzman, where he completed his DMA.

Dr. Kaya is currently the Coordinator of Guitar Studies and teaching at the New Jersey City University. 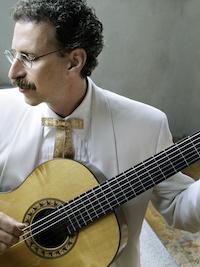 During the 1970s, Michael Newman gained international recognition as one of the outstanding concert guitarists of his generation. Soloist with the Atlanta, Seattle, and Honolulu Symphonies; chamber music concerts with mezzo-soprano Frederica von Stade, violinist Arnold Steinhardt (Guarneri String Quartet), Celtic fiddler Eileen Ivers, and Turtle Island String Quartet; featured in national media: People Magazine, Larry King Show, New York Times, Guitar Player Magazine. A graduate of Mannes College of Music as a student of Alberto Valdes Blain and the Aspen Music School and Accademia Musicale Chigiana as a student of Oscar Ghiglia, Newman has performed on five continents and has served on the guitar and chamber music faculty of Mannes College the New School for Music in New York City since 1979.

With guitarist Laura Oltman, and now celebrating their 42nd anniversary season, the Newman & Oltman Guitar Duo’s 12 CDs have been critically acclaimed. Ensemble-in-Residence at Mannes School of Music since 1987, Newman & Oltman’s concert tours have taken them to world cultural capitals and premier venues across five continents and to 49 of the United States.

To celebrate the 80th birthday of Cuban composer Leo Brouwer in 2019, Newman & Oltman have recently performed the world premiere of Brouwer’s new guitar duet, El Libro de los Seres imaginarios, a major new ensemble work composed for the duo. The piece has now been recorded by the duo and will be released on the Musicmasters label in Audiophile Vinyl LP, CD, and streaming platforms.  http://musicmastersclassics.com/the-book-of-the-imaginary-beings-el-libro-de-los-seres-imaginarios-the-music-of-leo-brouwer/

Audition requirements for the guitar program are to be discussed with the coordinator of the program. The audition will comprise classical guitar studies and repertoire as well as scales and other aspects of technique as suitable. Studies by Fernando Sor, Mauro Giuliani, Leo Brouwer and Heitor Villa-Lobos will be appropriate.

Master of Music in Performance: a short program (1/2 hour) of works from three different historical periods (Renaissance, Classical, Romantic, Modern/Contemporary) with at least one multi-section work, sets of pieces by the same composer, and two studies by Heitor Villa-Lobos, demonstrating the advanced level that is expected.