NJCU not only offers one of the finest woodwind and multiple woodwind faculties in the tri-state area, but also has wonderful scholarship opportunities for students who are both outstanding musicians and academic students. We are happy to offer free trial lessons with our faculty members, a private consultation and tour of our facilities, and a review of all of the exciting opportunities we have to offer!

NJCU students work with numerous guest clinicians each academic semester. Graduate assistantships are available and awarded based on the needs of the music department and availability through the university

If you are thinking about majoring in music education, performance, or business, please contact us! 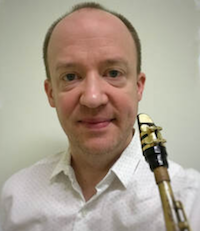 As a NYC commercial musician, Todd Groves has been a member of the Broadway pit orchestras for Aladdin, Motown the Musical, Nice Work If You Can Get It, Follies, Catch Me If You Can, Women On the Verge of a Nervous Breakdown, Ragtime, White Christmas, Sunday in the Park with George and Grey Gardens. Todd has been in the Radio City Christmas Spectacular orchestra since 2009, and other NY performances include: On Your Toes, Little Me, Damn Yankees, The Wiz, Anyone Can Whistle, Merrily We Roll Along and Fiorello at City Center; Happiness at Lincoln Center; Yank!; Edward Scissorhands and Play Without Words at BAM; See What I Wanna See at Public Theater, Mother Courage and Her Children for Shakespeare in the Park, and Broadway on Broadway live in Times Square.

Todd can be heard on the Broadway cast recordings for the above shows, has appeared or been heard on the Late Show with David Letterman, the Tony Awards, the Emmy Awards, the Macy's Thanksgiving Day Parade, and at the Wizarding World of Harry Potter at Universal Orlando. Other recordings include R Kelly, Boyz II Men, Lucky Stiff (film), The Snow Geese (incidental music), Victoria Clark, Philip Chaffin, Carols for a Cure, Duo with Rob Brosh, Kayle Brecher, Jane Norman, MTI Junior, Lars Halle, Joshua Kobak, Minas, Marlon Spike, NJSQ, Eric Kearns, Raw Deal, NFL Films, and many independent films. He has appeared as guest soloist with The Wind Symphony of Southern New Jersey, the Philharmonic of Southern New Jersey, and the University of the Arts Big Band. 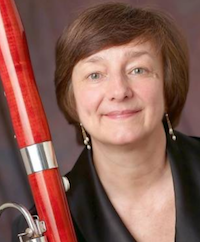 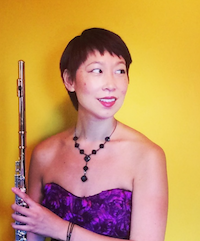 Alicia "Lish" Lindsey is a classically trained flutist living in the heart of New York City.

Lish was born in South Korea and grew up in New Jersey, 15 minutes outside of Philadelphia, PA where jimmies and sprinkles are considered two different confectionery toppings.

As a freelance musician, she has enjoyed performing with some of the most engaging and vibrant musicians in the United States as well as in Japan, China, Italy, and England.

Lish will return to teach in Italy (Tuscany) for her second season with Summer Music in Tuscany in July 2017. The application to study and perform in beautiful Sarteano is now available. There are currently openings for flutists who would like to perform chamber music and enjoy Italian living! 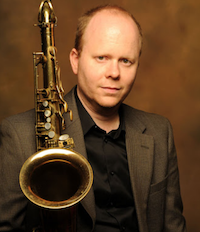 *Dave Noland is a freelance saxophonist, woodwind specialist, and music educator. Dave currently maintains an active career as a performer and educator within the versatile music scene of New York City. As a saxophonist, he has performed with various jazz and classical ensembles including the Vanguard Jazz Orchestra, Vince Giordano and the Nighthawks, New Jersey Symphony, Long Island Philharmonic, Brooklyn Philharmonic, and the New York Philharmonic. He has also performed with various acts including Michael Feinstein, Chita Rivera, and Patti Lupone. Dave has also led his own ensembles and has been featured as a soloist at various jazz festivals, including the New Jersey Jazz Festival and the San Angelo Cactus Jazz Series.

As a multiple woodwind player, Dave has been a member of many Broadway orchestras. His Broadway credits include Come Fly Away, Follies, Leap of Faith, Annie, If/Then, and Gigi. In 2010, Dave was a featured soloist and assistant conductor with Twyla Tharpe's Come Fly Away. 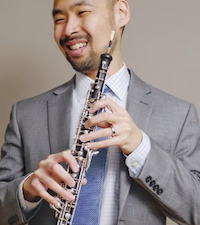 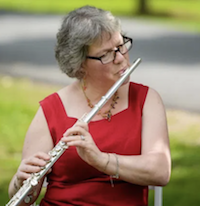 Carol Shansky has been heard in recital in Boston, Pittsburgh, San Jose, New York City and in other venues on both the west and east coasts. Her European debut was at the European International Festival in Geneva, Switzerland as a prizewinner of the Concerts Atlantique Competition. A particular interest in chamber music has brought her to concert halls at the British Arts Center of Yale University, Carnegie Hall’s Weill Recital Hall, Tanglewood’s Little Theatre, and the Bruno Walter Auditorium at Lincoln Center. In addition, Dr. Shansky has performed by invitation at the 1996, 2000, 2002 and 2004 conventions of the National Flute Association, events drawing over 3,000 attendees. Carol Shansky has been a prizewinner in the Pearl Amster Concerto Competition, the JCC of Metro NJ Young Artist’s Competition, and Artists International.

A chamber musician and orchestral flutist Carol Shansky plays with Bergen Chamber Artists and is principal flute of the Bergen Philharmonic Orchestra. Carol has been interviewed and performed live on New York Public Radio and North Jersey Public Radio.

Dr. Shansky is Coordinator of the Music Education Program and Assistant Professor of Music at New Jersey City University. She maintains a private studio in Tenafly, NJ. Her students have won statewide competitions and have gone on to major conservatories. She received her Doctor of Musical Arts and Master of Music degrees from Boston University and her Bachelor of Music degree from Ithaca College.

Comments from Critics/Professional Degrees
Comments from reviewers are “smooth, legato flute tones…performed with skill and understanding” (Rockland Journal-News), “…produces a lovely tone with a large palette of colors and timbres, her breath control allows her to spin out endless phrases without losing pitch or quality” (Edith Eisler, New York Concert Review).

Carol Shansky received her Doctor of Musical Arts in Music Education and her Master of Music in Performance from the Boston University College of Fine Arts where she studied under Leone Buyse, then of the Boston Symphony Orchestra, and her Bachelor’s in Music from Ithaca College.  Other teachers and coaches include Michael Parloff, Frances Blaisdell, Samuel Baron, and Tom Nyfenger. She has performed in masterclasses with Paula Robison, Samuel Baron, Geoffrey Gilbert and Torkil Bye. 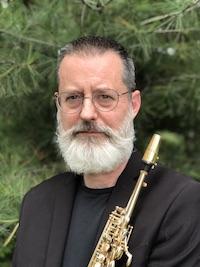 Mark Thrasher has been a woodwind doubler in the New York freelance scene for the last 30 years. Born and raised in the suburbs of Detroit, Mark was member of many Rock and R&B groups including The Suspects and The Wilmont Band. He attended the University of Michigan, studying with renowned saxophone virtuoso Donald Sinta and noted clarinet professor John Moeller. Mark has traveled the world with many Broadway shows including A Chorus Line, Music Man, 42nd Street and Dreamgirls. He also did a summer residency in Milan Italy, playing bass clarinet in the world premiere of Karlheinz Stockhausen’s Samstag aus Licht at the La Scala Opera House. He has performed, recorded and toured with artists as diverse as the Metropolitan Opera, NYC Ballet, New York Pops, St Luke’s Chamber Ensemble, Philadelphia Orchestra, Tony Awards Orchestra, Audra McDonald and Barbara Streisand. He is a veteran of over 20 Broadway shows including Crazy For You, Parade, Cats, Dirty Rotten Scoundrels, Newsies and Addams Family and is currently playing in the orchestra of Disney’s Aladdin. Mark is also the conductor of the Spring Creek Youth Symphony, a Brooklyn based student ensemble founded in 1992. He is currently teaching at PS 346, IS 364 and New Jersey City University. 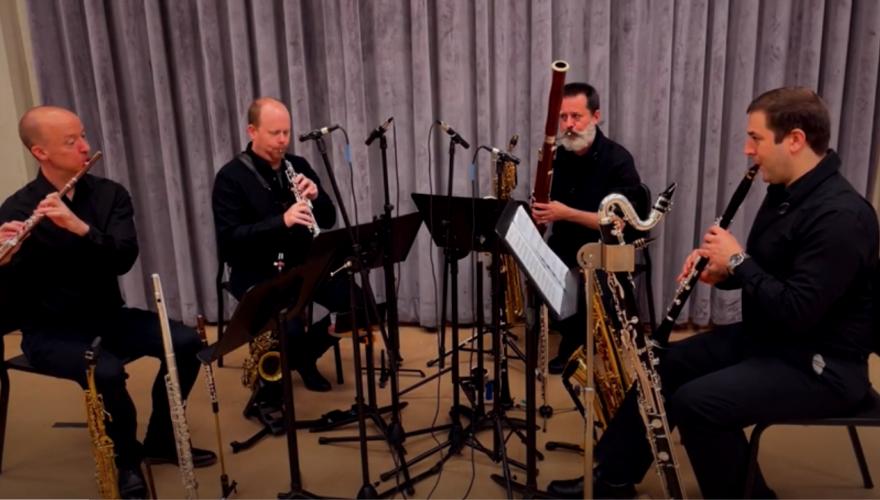 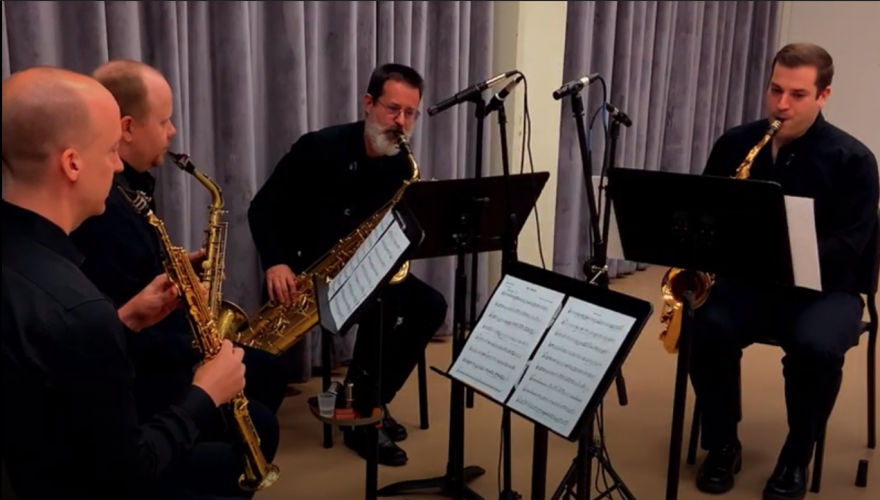