Message on NJCU Board of Trustees Action 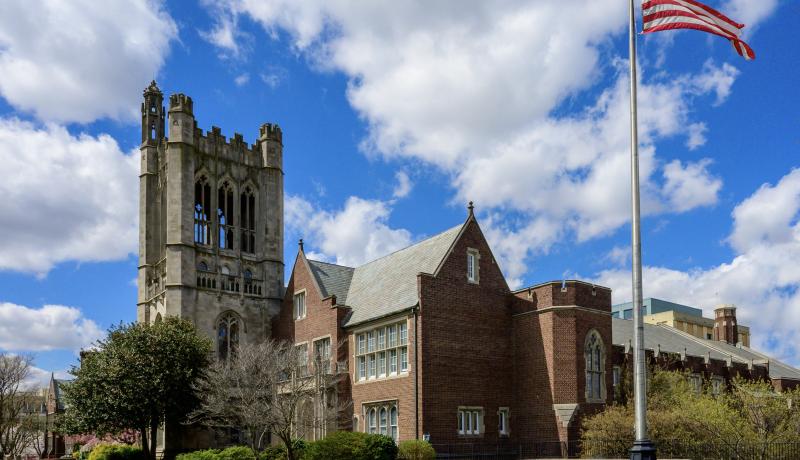 Dear Members of the NJCU Community:

On June 27, 2022, during its regular quarterly meeting, the New Jersey City University Board of Trustees declared a financial emergency. As such, the Board adopted an interim budget which will allow the university to seek rightsizing solutions to address an existing, and recently intensified, structural deficit. This budget is approved for a period of 90 days.

The university is facing an unprecedented challenge, which is a direct result of historical underinvestment in the university and in black and brown communities, as well as a dearth in funding in comparison with its peer institutions. This, combined with a national trend of declining enrollment for college-aged students, has resulted in a long-term erosion in the university’s ability to operate. The pandemic has only exacerbated these issues, reducing enrollment further and accelerating the decline in operating revenue.

As a result, the university is facing substantial challenges in the months ahead, and it is important that leaders are completely transparent when confronting these issues. There will be serious hardships within the NJCU community, which will be particularly felt by personnel in the form of furloughs and potential layoffs. This will include managerial changes and possible union concessions – all options must be on the table.

In times of challenges throughout the university’s nearly 95-year history, all constituents have come together to ensure that NJCU’s mission endures. That is true yet again today as the institution’s management and labor unions have come together in a wave of unprecedented collaboration, including discussions to address the challenges that lie ahead.

Broader trends nationally, particularly the Northeast, continue to project a decline in college-age students in the near future. Hence, the prospect of enrollment growth to close this structural funding deficit is not realistic.

Therefore, NJCU’s administration, in collaboration with its union leadership, have approached the state legislature with an appeal for an increase in the institution’s annual base appropriation request. This is designed to remedy the years of underinvestment and underfunding, which will be combined with engaging in rightsizing efforts to strengthen our operating performance and increase our liquidity. State Senator Brian Stack has introduced Budget Resolution Item No. 2352 to increase the State’s funding support of NJCU’s operating budget by a critically needed $10 million.

NJCU’s current crisis is emblematic of greater societal trends. For nearly a century, NJCU has long been the anchor institution of what has become the most diverse city in our country. We are a part of this diverse and dynamic community and of Jersey City and Hudson County. Every great city has an outstanding public higher educational institution and that cannot change in the second largest city in the state — a city with a population of more than 262,000 or in a county with 671,000 residents. NJCU is an indispensable partner in helping the state’s most vulnerable population reach the promise of economic mobility through higher education.

This is a time when we must double down on our core mission of serving a population that no other four-year public institution serves. The median household annual income of our students is $42,000 — the lowest of New Jersey’s four-year public colleges by a considerable margin. In fact, the next closest peer institutions to NJCU in this metric are Kean University and William Paterson University at $76,300 and $84,600, respectively. This makes NJCU critically important to the state because we are the only institution that educates this population of students, and this quality, career-focused education is more critical to these students than any others.

We are laser focused on serving this population for generations to come as we pave a path forward for our students. We will not allow temporary financial setbacks to change this. NJCU will endure and we will continue to make a difference in the lives of thousands of students every year, positioning them to pursue the American Dream in a way that their parents could not. That is the core value of this institution, and it is far too critical to not continue on.