Come be part of the world's most cutting edge string program!

As a public institution, NJCU offers affordable tuition as well as generous scholarships. Located just across the Hudson River from New York City, NJCU students will receive the highest level of music education, study with iconic musicians, and take advantage of all that the city has to offer.

Announcing the New Multi-Style Strings Program!
New Jersey City University is the first in the country to offer this cutting edge program. Multi-Style Strings embraces all styles of music, technology and improvisation with a mission to support creative exploration, empower artistic identity and provide practical tools essential for the 21st century string player to develop their potential. 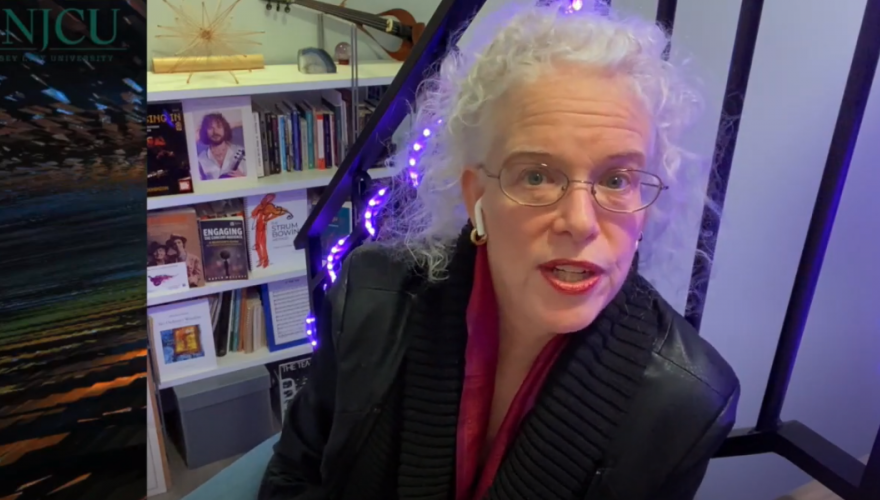 She is Founder and Artistic Director of the Scorchio Quartet (featured on David Bowie's Heathen CD) which performs as resident quartet in the Tibet House Benefit Concerts at Carnegie Hall produced by Philip Glass.

Mooke received the prestigious ASCAP Concert Music Award for creating and producing ASCAP's new music showcase THRU THE WALLS featuring boundary defying composer/performers. She is a Governor of the New York Chapter of the Recording Academy serving on the Grammy in the Schools and Advocacy Committees. She is on the Executive Committee of the Composer Diversity Project, and Advisory Board of Composers Now.

Mooke is Coordinator of Strings at NJCU and Founder/Director of the cutting edge, Multi-Style Strings program.

For Grammy-nominated artist Regina Carter, the violin isn't simply an improvisational vehicle; it’s a passport to unexpected realms. Her quest for beauty combined with her passion for excellence did not escape the attention of the MacArthur Foundation, which awarded Regina a prestigious MacArthur fellowship “genius grant.” San Francisco Performances took note of Regina's exceptional work and appointed her a resident artist for five years. She also served as one of the resident artistic directors for SFJAZZ during its inaugural season in its spectacular new home. Most recently, the acclaimed violinist was appointed as the director of the New Jersey Performing Arts Center’s All-Female Jazz Residency, a unique summer immersion program for aspiring women jazz professionals, and was one of the recipients of the prestigious Doris Duke Artist Awards, presented by the Doris Duke Charitable Foundation. In 2017 she was selected as the Showcase Artist for the Monterey Jazz Festival.

A winner of multiple readers’ and critics’ poll awards from DownBeat, JazzTimes and other publications, Regina tours with her own group and appears frequently as a guest soloist. She also is on the faculty of the Manhattan School of Music and is the artist in residence at the Oakland University School of Music, Theatre and Dance.

Her albums reflect her singular quest for beauty. In 1995 Regina released her self-titled solo debut on Atlantic Records. Her most recent release, Ella: Accentuate the Positive (2017), celebrates the music and spirit of her inspiration, musical legend Ella Fitzgerald. 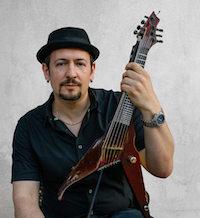 Joe Deninzon has been hailed by critics as “The Jimi Hendrix of the Violin,” because of his innovative style on the “Viper” seven-string electric violin. Joe has worked with the Who, Bruce Springsteen, 50 Cent, Sheryl Crow, Smokey Robinson, Les Paul, Phoebe LeGere, Kurt Elling, and as a soloist with Jazz at Lincoln Center and the New York City Ballet.

Joe is the lead singer and violinist for the progressive rock band, Stratospheerius, which has released 6 albums to critical acclaim. He is also a member of the Sweet Plantain String Quartet, which combines Latin Jazz with hip-hop and Classical music.

As an educator, Joe has taught at Mark O’Connor’s String Camp and Mark Wood’s Rock Orchestra Camp. Joe’s book on improv and extended techniques for strings, titled “Plugging In” is published by Mel Bay. 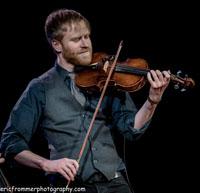 Jeremy Kittel is an American violinist, fiddler, and composer. He received a Grammy nomination for "Best Instrumental Composition” in 2019 alongside prevalent composers such as John Williams and Alan Silvestri. Fluent in multiple musical genres, he composes original music that draws from a wide variety of influences including folk, jazz, Celtic, Classical, electronic, and more.

Jeremy performs with his group Kittel & Co., as a soloist with orchestras, and in collaborative and supporting roles with many of today’s leading artists. In demand as a composer and arranger, he has worked with Abigail Washburn and Bela Fleck, My Morning Jacket, Aoife O’Donovan, Theo Katzman, Jars of Clay, Yo-Yo Ma and the Silk Road Ensemble, Laura Veirs, Sara Watkins, and the Grammy-winning Turtle Island Quartet. He has also recorded with artists such as Edgar Meyer, Chris Thile, Fleet Foxes, and Esperanza Spalding.

Kittel & Co. ("Kid-dle and Koh”) inhabits the space between classical and acoustic roots, Celtic and bluegrass aesthetics, folk and jazz sensibilities, and has performed at venues such as Telluride Bluegrass Festival, Celtic Connections, and A Prairie Home Companion.

Kittel has a master’s degree in jazz performance from the Manhattan School of Music and received the 2010 Emerging Artist Award from U of M (his alma mater). He is the recipient of awards including the US National Scottish Fiddle Championship and six Detroit Music Awards, and has contributed to many Grammy-nominated recordings.

A musical prodigy as a child, Dave began playing the cello and piano at age three, performed on Broadway and with the Metropolitan Opera at age seven, and debuted at Carnegie Hall at age 15. He is a graduate of Harvard University and the Julliard School's Doctoral Program.

His list of awards and accomplishments includes accolades from Time Magazine, ASCAP, the National Endowment for the Arts, Sony Records Elevated Standards Award in classical music, the Geraldine Dodge & Leonard Bernstein Foundations, and at 15 was the youngest winner in the history of the Artists International Competition.

Dave's mission to "not just cross over, but to cross through" multiple genres of music are apparent with all of his releases. Whether it's classical, reggae, bluegrass, jazz, pop, or world music, he finds a common voice within his musical vocabulary and introduces it with his own unique imaginative vision. 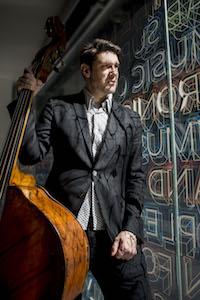 Bassist, composer, producer & educator Ben Allison has been performing and recording his own brand of original music for nearly three decades. He has released 13 albums of original music, 7 of which reached #1 on the national jazz radio charts, garnering him 9 SESAC Performance Awards. His most recent album, Quiet Revolution (2018) is the third to be released on his own Sonic Camera Records label. A new album of original work is set to be released in Fall, 2021, and a second in early 2022.

Ben is an active voice for artists rights, education and empowerment. He formed the Jazz Composers Collective, a non-profit organization that fostered and presented new music and acted as the Collective’s Executive Director from 1992 until 2005.

Ben served two terms as President of the New York Chapter of the Recording Academy and chaired the Advocacy Committee for 7 years. He testified in front of Congress in 2012 and was a strong voice for the Music Modernization Act, the most significant copyright reform bill of the past 40 years.

Ben is on the faculty of The New School’s College of Contemporary and Performing Arts, where he teaches classes on music business/entrepreneurship, audio engineering and production, as well as a flagship class he helped develop titled Socially Engaged Artistry. He has also led various ensembles (Thelonious Monk, Electric Miles, and others) as well as giving individual lessons in bass and composition.

Ben wrote the theme for the popular NPR radio program On The Media, which is heard by over 1,500,000 listeners weekly, and has written music for numerous TV commercials, films and theatrical productions. As a bassist, he has appeared on over 100 albums by various artists. 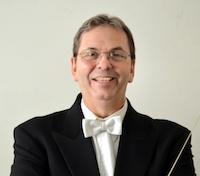 Lou Kosma received his degree in music education with applied double bass from Temple University. He studied with Roger M. Scott and Edward Arian; Principal bass and Assistant Principal Bass of the Philadelphia Orchestra, and Henry Portnoi, Principal Bass of the Boston symphony. During the summers of 1967 and 1968, he was a fellowship student at Tanglewood.

Mr. Kosma performed with Metropolitan Opera Orchestra bass section from 1978 – 2014, serving as Acting Assistant Principal in the 2009 – 2010 and 2011 – 2012 seasons. Lou teaches privately and was adjunct double bass instructor at New Jersey City University for 29 years. He is currently at NJCU as the Orchestra Director and Montclair State University as a bass instructor. Other adjunct positions included: Kean College, Fairleigh Dickinson University, and SUNY at Purchase. While freelancing from 1976 to 1986, Lou assumed other affiliations for which he performed as Principal Bass for the American Ballet Theatre, Principal Bass of the Northeastern Pennsylvania Philharmonic, Acting Principal for the New Jersey Symphony and recently playing with the New York Philharmonic and Vermont Symphony. He was also a member of the Chautauqua Symphony for 17 years. Currently, Lou is a member of the Mostly Mozart Festival Orchestra.

In March of 2002, the Virtu Foundation honored Lou by naming its first double bass scholarship in his name and in February of 2014, Lou received the New Jersey Music Educators Distinguished Service Award at the NJMEA Conference in New Brunswick, NJ.

Since arriving in the United States in 1994, Colombian-born harp virtuoso Edmar Castaneda has forged his own distinctive path in music. He brings not only an unfamiliar instrument but a wholly original voice to jazz, branching out into a world of different styles and genres. His latest CD, Live in Montreal, which follows four acclaimed albums as a leader, features electrifying Japanese pianist Hiromi.

He has collaborated with artists such as John Scofield, Gonzalo Rubalcaba, Marcus Miller, John Patitucci, Hamilton de Holanda, Ivan Lins, and Castaneda’s own mentor, Cuban-born saxophonist Paquito D’Rivera, and he's shared the stage with the likes of Sting, Ricki Lee Jones, The Yellowjackets and Paco De Lucia. He has also written symphonic works and chamber pieces for orchestras around the world.

Join our NJCU Multi-Style Strings community for news and updates
Get in on the ground floor and show your support of this ground breaking program!