Photo of international flags on flagpoles 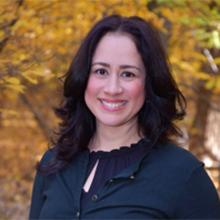 A passionate educator, Dr. Ericka Collado has taught Spanish to students in K-16 school settings for 20 years. She has also facilitated courses on teaching methodology and educational technology research, as well as presented at numerous professional conferences. She holds a Bachelor of Arts in Sociology, a Master of Urban Education with a specialization in World Languages, and a Doctorate in Educational Technology Leadership. When not teaching Spanish or research, you may find Dr. Collado in her Robotics class showing children how to fly a drone or program a robot. 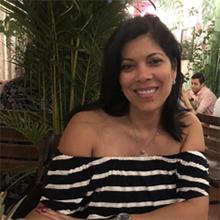 Claudia Del Río, born and raised in Cartagena, Colombia, is a certified teacher in Spanish, Elementary and Special Education. She has a Bachelor’s Degree from New Jersey City University in Elementary and Special Education. She also holds a Master’s Degree in Urban Education with a specialization in World Languages from the same university. Claudia has a wide range of teaching experience, most notably at NJCU, where she teaches elementary Spanish courses. Claudia currently works at Horace Mann Elementary School, where she teaches Elementary and Middle School Spanish courses. She is also the current President of the National Spanish Honor Society at NJCU (Sigma Delta Pi). 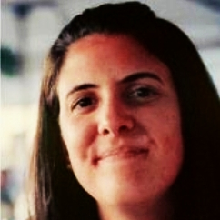 Matilde Fogliani earned her BA and MA in Foreign Languages and Literatures (English and Spanish) at Ca’ Foscari University. She is now working on feminism and female writings under fascism as an ABD Ph.D. candidate in Comparative Literature with an Italian specialization. She was a fellow at the University of Notre Dame’s Irish Seminar in 2014 and she has taught professional development workshops for Italian teachers at Montclair State University and Rutgers University.

Since 2013, she has been a lecturer of Italian language, conversation, and literature at Fordham University, Pace University, and several colleges in the CUNY system. She is also experienced in secondary school teaching, having earned a NJ Certificate for teaching both Italian and Spanish. 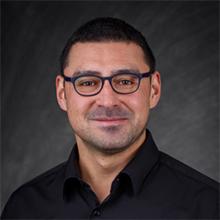 Dr. Marcelo E. Fuentes holds a BA from the Pontificia Universidad Católica de Chile, an MA from Rutgers University, and a PhD from the University of Minnesota-Twin Cities, all of these degrees in Hispanic Literatures and Cultures. He specializes in medieval and early modern texts and has published articles on premodern expressions of imperialism, Islamophobia, and racism in Castilian epics and Portuguese chronicles. Previously an instructor at Universidad Alberto Hurtado and Augsburg University, as well as a volunteer educator for disadvantaged workers and inmates, Marcelo has taught courses on ancient, medieval, Spanish, and Latin American cultures and literatures for over fifteen years. 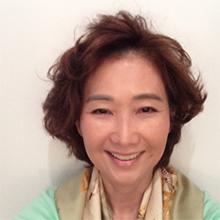 Tomoko Hamada-Dougan is an instructor of Japanese language in the World Languages and Cultures department.  Born in Niigata, Japan, she graduated with a Bachelor of Arts in History from Hosei University, Tokyo, Japan. She moved to the United States over twenty years ago and has lived in the Northeast ever since. She has taught Japanese at various institutes, and is currently working toward an M.A. in Linguistics & Japanese Pedagogy at Columbia University. She loves Japanese calligraphy and flower arrangements, and holds a certificate from the Sougetsu Flower Arrangement School. 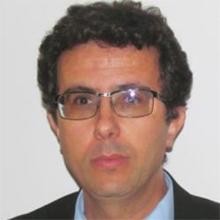 Dr. Redouane Khamar earned his Master’s Degree in French Studies from California State University, Los Angeles (CSULA). Before joining New Jersey City University, he was a lecturer of French and Arabic at the University of Wisconsin-Madison, where he earned his PhD in Francophone Studies. His research sheds a new light on culture, semiology, bilingualism, and text theory. He is the author of Khatibi ou Le Texte Réfléchissant. Guided by his findings in translation theory, he writes articles in the fields of Francophone Studies and Arabic Literature. 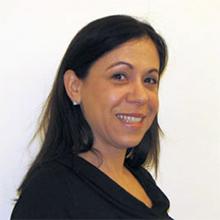 Dr. Cora Lagos is chair of the Department of World Languages and Cultures and co-director of the Center for Latin American, Caribbean, and Latinx Studies. She received a Licenciatura en Letras from the Universidad de Buenos Aires., an MA in Latin American literature from the University of Maryland, College Park, and a PhD in cultural studies from the University of Michigan, Ann Arbor. She has published a book, Confrontando imaginarios: oralidad, pintura y escritura en el México colonial, on the examination of texts which arise out of the conditions of the first encounters in Mesoamerica. Her most recent research and her teaching focus on colonial and contemporary Latin American and Latinx literature, especially on themes of gender and subalternity. 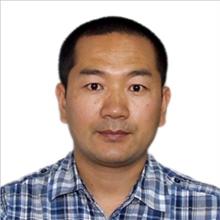 Kuo Li’s fields of study are second language acquisition and second language learning. He has taught Chinese as a second language in Ethiopia, China, and the US since 2011. He has extensive experience with classroom management and the creation of language materials. Kuo Li is extremely effective at developing the Chinese language skills of his students, several of whom have been awarded Confucius Institute Scholarships to study in China. 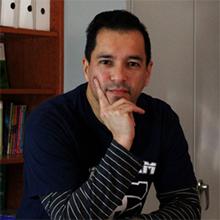 Nelson E. Montoya has been a Spanish teacher since 1993. He obtained a B.A. in Spanish Language and Literature at Universidad de Medellín, Colombia, and an M.A. in World Language Education at New Jersey City University. He is certified by the College Board to teach the AP Spanish Language and Culture course, which he has offered for several years. His areas of specialization are world language and culture education, Colombian literature, and linguistics. 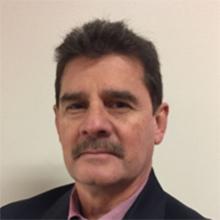 Hugo Potes studied teaching pedagogy at Montclair State University and literature at Kean University. He holds a Master of Arts in Spanish and Hispanic American Literature from the Universidad de Barcelona. Mr. Potes spent many years teaching at the high school level. In 2015, he published the novel Cuando la Nieve Cala el Alma under the pen name Hugo Posar. Professor Potes has participated as a Subject Matter Expert in creating courses for Spanish Language and Latin American Literature at Saint Luke’s College of Health Science. He teaches at NJCU since Fall 2018. 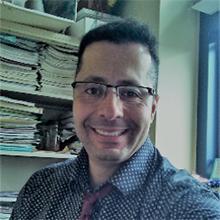 Dr. Aixa Said-Mohand earned a Bachelor’s Degree in History and Geography at Universidad de Granada, a Master’s Degree in Foreign Language Education at Universitat de Barcelona, and a Ph.D. in Hispanic Linguistics at the University of Florida. He has taught at the University of Miami (Florida), the Galway-Mayo Institute of Technology (Ireland), University of Florida (Gainesville), University of Wisconsin (Green Bay). He has presented papers and published articles on the subject of Spanish language pedagogy and Spanish sociolinguistics. In his current position, Dr. Said-Mohand is Associate Professor of Spanish in the World Languages and Cultures Department of NJCU. 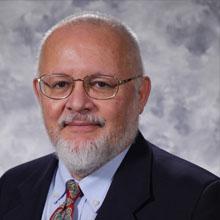 Dr. João Sedycias received his Ph.D. in Comparative Literature from SUNY-Buffalo. He has an M.A. in English, a second M.A. in Spanish, and a B.A. in Spanish from SUNY-Buffalo, where he also pursued a concentration in Biology. He is currently the Dean of the College of Arts & Sciences at NJCU. Before coming to NJCU, he served as Dean of Arts & Humanities at SUNY Oneonta and before that as Chair of the Department of Foreign Languages at Southern Illinois University Edwardsville. Dr. Sedycias has taught at colleges and universities both in the U.S. and abroad at all levels of the curriculum. He has an ongoing research agenda that has enjoyed international recognition and an equally strong record of teaching and service. Dr. Sedycias has published five books: 1) The Naturalistic Novel of the New World (1993); 2) Issues in Applied Linguistics I (2000); 3) The Teaching of Spanish in Brazil (2005); 4) Spanish America in the Brazilian Literary Imaginary / Brazil in the Spanish-American Literary Imaginary (2007), with an introduction by one of Brazil’s foremost novelists, Moacyr Scliar; and 5) Rethinking Contemporary Literary Theory (2015). His latest article publication was “Dying for Love: Eros and Violence in Lopean Drama,” in Bulletin of the Comediantes. Dr. Sedycias’s current interests include literary theory, the application of information technology and the Internet to the teaching of foreign languages, the history of the Spanish and Portuguese languages, the Sephardic diaspora, Spanish-American and Luso-Brazilian literatures and cultures, and the literature of the Spanish Siglo de Oro. 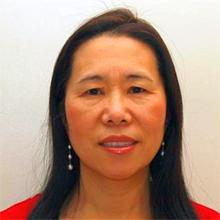 Lily Shen received two master degrees in Applied Linguistics and Bilingual/Bicultural Education from Teachers College, Columbia University. She has taught English as a Second Language and Chinese at public and independent schools of New York since 1989. She has been the cooperating teacher for the Bilingual Program and Teaching English to Speakers of Other Languages at Teachers College and New York University for over 20 years. Since 2015, she has worked as the student teaching supervisor for the Bilingual/Bicultural Program at Teachers College. Lily Shen is an instructor of Chinese at NJCU since 2007.