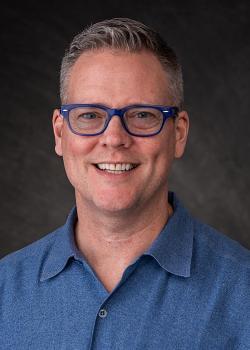 Center co-founder and co-director Dr. David Blackmore is professor of English and coordinator of the Latin American, Caribbean, and Latino Studies academic program at NJCU.  A native of Pittsburgh, PA, he earned his A.B. in English from Harvard University and his M.A. and Ph.D. in English from the University of California, Los Angeles.  Dr. Blackmore’s current research projects focus on the censorship of LGBT literature during the Brazilian military dictatorship and on transformative curriculum and pedagogy at Hispanic-Serving Institutions.  Dr. Blackmore has published in academic journals including African American Review, Transformations:  The Journal of Inclusive Scholarship and Pedagogy, and Chasqui:  Revista de literatura latinoamericana, and in the volume Teaching the History of the English Language (MLA 2019).  In 2018 he received the Excellence in Teaching Award from the National Society of Leadership and Success. 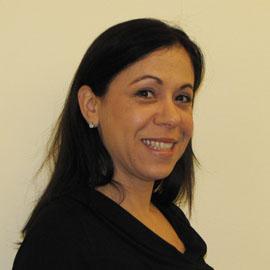 Center co-director Dr. Cora Lagos is professor of Latin American and Latinx literature and chair of the World Languages and Cultures department at NJCU. Born in Buenos Aires, Argentina, she received a Licenciatura en Letras from the Universidad de Buenos Aires. Dr. Lagos moved to the United States, where she completed an M.A. in Latin American literature at the University of Maryland, College Park and a Ph.D. in cultural studies from the University of Michigan, Ann Arbor.  She has focused her research and published a book, Confrontando imaginarios: oralidad, pintura y escritura en el México colonial, on the examination of texts which arise out of the conditions of the first encounters in Mesoamerica. The interdisciplinary nature of her work has led her to readings on post-colonial theory, Marxism, subaltern studies, anthropology, and psychoanalysis. Since arriving at NJCU in 2001, Dr. Lagos has focused much of her research and teaching on colonial and contemporary Latin American and Latinx literature, focusing on themes of gender and subalternity. Her present research examines how museum exhibits of pre-Columbian artifacts represent contemporary indigenist cultures in ways that imply they have no present. Dr. Lagos is also a member of New Jersey Cares and works in various community projects in the Essex County area.