Photo of students on a laptop in GSUB Patio 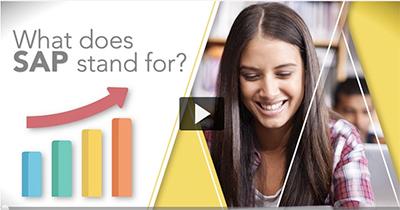 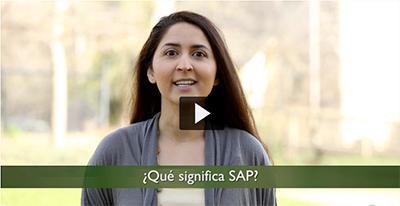 How to Keep Your Financial Aid

SATISFACTORY ACADEMIC PROGRESS STANDARDS FOR FINANCIAL AID RECIPIENTS
Federal regulations require institutions to establish minimum standards of satisfactory academic progress for students receiving federal, state and/ or institutional financial aid. These standards include “qualitative” as well as “quantitative” components. Students must maintain a certain cumulative grade point average (qualitative) and successfully earn minimal numbers of degree credits at each evaluation (quantitative). In determining satisfactory academic progress, all course work is considered, whether or not the student received financial aid at the time the work was completed.

Academic progress is measured annually after spring grades are posted. Students who do not meet the standards of satisfactory academic progress are notified by the Office of Financial Aid via mail.

Transfer Credits:
Credits accepted by NJCU from prior institution(s) are totaled and divided by 15. The result, which is rounded down to the nearest whole semester, is the official measurement of the number of semesters spent at other institution(s). Transfer credits accepted toward the student’s educational program are counted as both attempted and completed hours.

Incomplete and Withdrawals:
Incomplete and withdrawn grades do not earn credits to meet the academic year minimum or influence the GPA in the term the course was attempted, but the credits are counted for timeframe determination. Repeated courses count toward determination of enrollment status and maximum timeframe.

MAXIMUM TIMEFRAME - 150% OF ACADEMIC PROGRAM PUBLISHED LENGTH
The maximum timeframe a student may attend and continue financial aid eligibility cannot exceed 150% of the published length of the student’s academic program measured in academic years. The published length of a four-year undergraduate program is eight semesters; therefore a full time student has a maximum of twelve semesters to complete the program. The length of a graduate program is based on the published length for each individual program; in no case will the graduate student’s enrollment exceed the 150% point in time. If a student enrolls part time, the semester will be prorated accordingly. When the student’s enrollment exceeds the 150% point, the student is no longer eligible for financial aid.

Consistent with the University’s academic standing policy; undergraduate students must achieve the stated CGPA as follows:

Consistent with the general academic requirements of the Graduate School, graduate students must maintain a cumulative grade point average of at least 3.0 to retain their eligibility for financial aid.

A student notified of their failure to meet Satisfactory Academic Progress is no longer eligible for federal, state or institutional financial aid.

As part of the appeal the student must explain:

All appeals are submitted to the Office of Financial Aid and reviewed by a committee.

If an appeal is granted the student will be placed on a status of Financial Aid Probation and given an academic plan they must adhere to. The Probation status will last for one term. At the end of that term the student will again be evaluated to determine either;

If the student fails to meet the criteria established as part of the appeal, they will be placed on a financial aid suspension status and will be ineligible for financial aid until s/he meets the minimum Satisfactory Academic Progress requirements or submits a second successful appeal.

RETURN OF TITLE IV FUNDS
All students should understand that financial aid is for class and educational expenses.  Students are encouraged to attend all of their classes. Students must remain enrolled and attend classes through the 60% point of the semester to retain all the financial aid they have been awarded. Students who withdraw or stop attending before completing 60% of the semester will receive only a pro-rated portion of the financial aid awarded to them for that semester.

New Jersey City University uses the federal formula to calculate how much aid is earned if the student withdraws before the end of the semester.