Mentoring is an opportunity for an experienced member of the NJCU School of Business to provide professional guidance to a Management major. If you want to talk to one of our Management faculty and set up a conversation, then review the faculty and their mentoring preferences to see where there is a match with your goals.

Please reach out to that faculty member directly and set up an appointment and remember that mentoring is a long-term relationship between student and faculty, thus there are limitations on the number accepted. 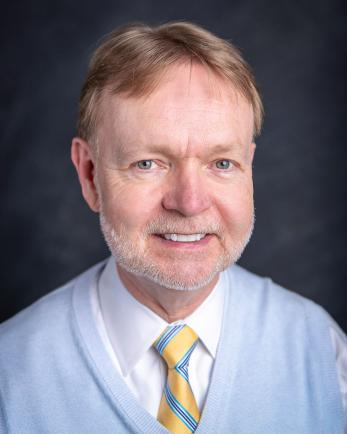 Dr. Donnellan is an Associate Professor and Chair of the Management Department at NJCU School of Business, Jersey City, NJ USA. He is a two time Fulbright Fellow scholar conducting research on cooperative education between Finland and USA. He has published nine articles on Finance and Management. In addition, he recently presented his latest paper on pedagogy research at Oxford University Green Templeton College which since has been published through Oxford University. Dr Donnellan is an ex Wall Street Executive from JPMorgan and currently teaches in China, Finland and France.

Mentoring Preference
I enjoy talking to students about jobs in the financial markets, the global environment, graduate programs and entrepreneur opportunities. 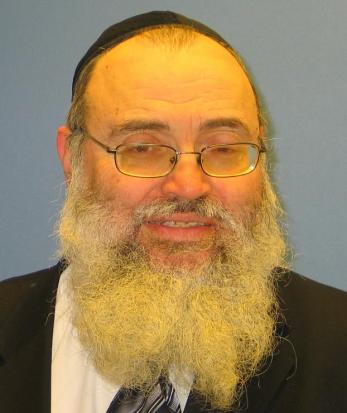 Dr. Stern is an Associate Professor at New Jersey City University specializing in Global Business. In addition, he has taught a wide variety of Marketing and Management courses elsewhere. His dissertation (later published in "Southern Marketing Association Proceedings) analyzes the relationship between brand loyalty and cultural intensity. Dr. Stern has published many books on ethics and philosophy.

In addition, he has worked for about twenty years in the health care field with a particular interest in Hospice care. He has also prepared students for the licensing exam in Nursing Home Administration. 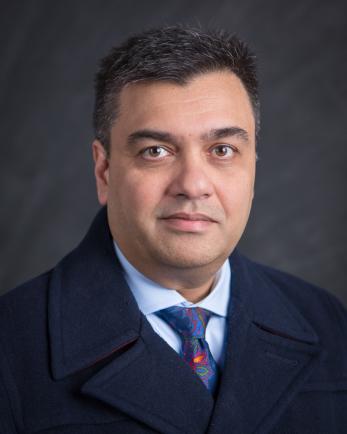 Dr. Mokashi started his career as an apprentice in a shipyard in India. He wanted to attend college, so when he got a chance, he did. He is licensed as a Chief Engineer to work on both Steam and Motor (Diesel) Ships. He has an M.Sc. in Maritime Operations (UK) and doctoral degrees in Marine Policy (USA) and Business (France). Dr. Mokashi specializes in maritime ports and transportation.

Mentoring Preference
I enjoy talking to students who want to make it happen. 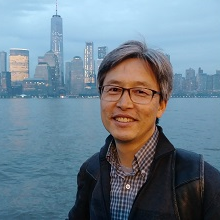 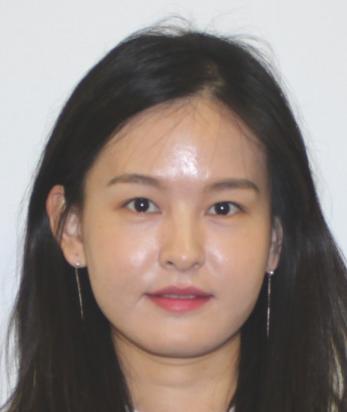 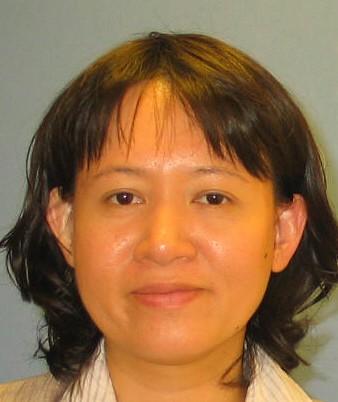 Dr. Chen is a faculty of the Management Department at NJCU School of Business. She holds a Ph.D in Management and Global Business from Rutgers University and M.B.A with specialization in Management of Technology and Innovation. Her research interests are in the areas of management of technology and innovation, strategic alliances, supply chain logistics, as well as sustainability management. Her publications can be found in journal and conference proceedings. 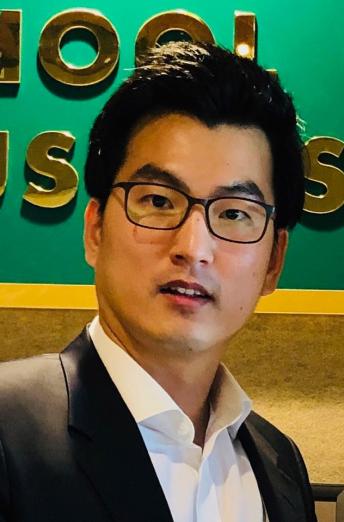 He has various industry experiences, especially in hospitality industries such as hotel and restaurant business. He currently teaches Principle of Management and Business Enterprise Application at the NJCU school of Business.

Mentoring Preference
Those who are interested in (1) pursuing their career in hospitality industry (e.g., hotel, resorts, cruise, and restaurant business), (2) graduate programs in hospitality management, and (3) developing and initiating research projects. 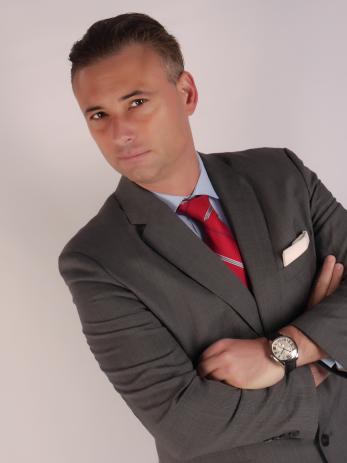 Dr. Weiss was a structured finance banker and still holds a license to practice law. Professor David S. Weiss, Esq., is an Assistant Professor in the Management Department at New Jersey City University School of Business where he teaches global business and heads the B.S. in Entrepreneurship. He is also the Founder and Director of the Institute for Dispute Resolution (IDR) and the “Connecting Bridges and Borders Program through Business” also located at New Jersey City University. Dr. Weiss advances self-determination values through concepts of mediation theory and promotes innovation and entrepreneurship to advance Foreign Direct Investment (FDI). He advises on policy through both the IDR institute and the Connecting Bridges and Borders through Business Program to assist cross border stakeholders improve FDI opportunities. Professor Weiss received his Juris Doctor at New York Law School, and post doctorate work at the Sorbonne University le droit and is an IMI Certified Mediator. He held appointments at The United Nations through UNCITRAL, is chair of the International Committee for a major trade and industry group and lectures internationally throughout Eastern Europe, the Balkans, Caucasus and the Caribbean basin on law and economics through the prism of mediation, business, innovation and entrepreneurship.

Professor Weiss has extensive publications in the field of mediation and policy to address risk and conflict through his theory known as Economic Efficiency Mediation (EEM) which is a linkage for ethical code applied for AI (Artificial Intelligence) using Natural Processing Language (NPL). He is the author of several policies & articles including the recent “New Jersey Arbitration, Conciliation and Mediation Act.” Currently, he is working on New Jersey policy for data protection to promote more clarity and confidence within the digital economy, institutional system design for mediation policy within the Common Wealth of Puerto Rico, and value systems for mediation theory and practice within Central Eastern Europe from a thought leadership perspective and standards for consideration within the data destruction industry globally. He is currently in the process of launching an additional economic and feasibility study between Hungary and New Jersey relating to improving chain supply logistics utilizing air cargo between Newark and Budapest for furthering Foreign Direct Investment (FDI) activity. 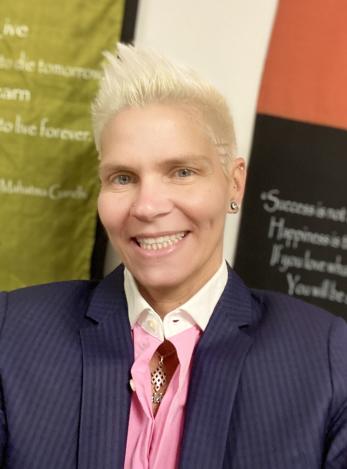 Dr. McDonald is an Associate Professor in Management for the New Jersey City University School of Business. She also serves as the School of Business Honor’s Program Coordinator. Dr. McDonald has extensive experience in strategic management and leadership in non-profit and small business organizations and more than 15 years of experience as Associate Dean and Program Assessment Coordinator in the NJCU College of Professional Studies and the School of Business. A leader in the New Jersey American Council on Education Women’s Network in Higher Education, Dr. McDonald has research interests in leadership, operations management, women and gender issues in the workplace, assessment of student learning, business technology, community health and administration. She teaches Principles of Management, Business Enterprise Applications, Business Information Systems, Business Policy, and Organizational Theory and Practice.

Dr. McDonald earned her B.S. in Community Health and M.S. in Health Administration from NJCU; MBA from Tiffin University; and Ph.D. in Leadership, Management and Policy from Seton Hall University. Dr. McDonald is also a certified personal trainer and emerging DJ. In her spare time Dr. McDonald enjoys spending time with her fiancée, family and three dogs.  Every day is an adventure…Dr. McDonald’s goal is to live, love, learn and explore life always. 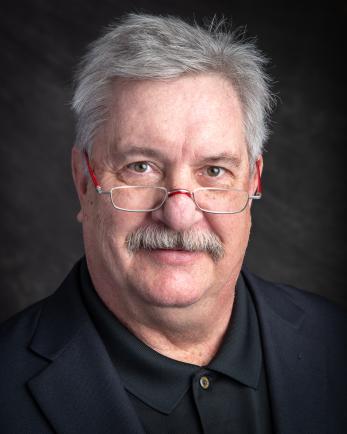 Dr. Laski is an author and Professor of Finance and Management at New Jersey City University, School of Business. Dr. Laski’s most recent book, Shantytown, released in 2013, reflects on America’s post-war decline, and offers a searing indictment of the country’s economic and social policies. Previously, Capitalism and Christianity: A Moral and Ethical Struggle released in March, 2008, wrestles with the conflict between business and a personal theistic philosophy.

Dr. Laski was also Professor of Finance and International Business and founding Director of the MBA Program at the Nyack College. Dr. Laski received his Doctorate in Finance along with a second specialty in International Business from Nova Southeastern University. Dr. Laski’s MBA in Finance is from St. Thomas Aquinas College and his Baccalaureate from Nyack College in Organizational Management with distinction. Dr. Laski received an A.S. in Criminal Justice from Salve Regina University in Newport, RI, and is a Certified Manufacturing Engineer, with a specialization in Manufacturing Systems.

Dr. Laski spent 8 years on active duty with the U.S. Navy; an analyst at the Center for War Gaming, NAVWARCOL, NPT, RI and teaching ship handling at the NETC, NPT, RI for OCS Students, using the 20A61, YP Craft, and DESRON 28.

Dr. Laski spent ten years working in finance and investment capacities for Merrill Lynch, Citicorp, and Northeast Securities, where he was Vice President for Investments, holding a series 7, series 24, series 63 as well as New York and New Jersey, Life, Health and Annuity licenses.

Dr. Laski is a certified business administrator for the New Jersey School System.

Dr. Laski was the former Battalion Chief for the Upper Greenwood Lake Fire Company in West Milford Township, part of their Search and Rescue Team, and received the Passaic County Medal of Honor for saving the lives of three people in an ice rescue on Greenwood Lake, NJ.

Dr. Laski spent eight years as Commissioner of the Passaic County Planning Board, several years as an Assistant Scoutmaster, and is a member of St. Johns Lodge No. 1, AF&AM, Newport, RI. 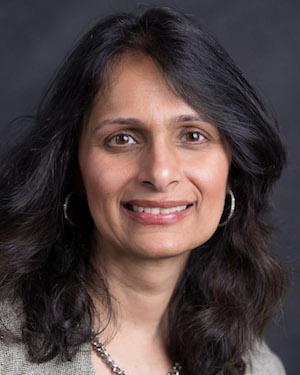 Professor Sharma has served as a contributing author and editor to premier employee benefits publications in the health care and retirement areas. Her primary research interests include healthcare and retirement policy, consumer-driven health care, privacy law, cannabis legalization and the workplace.

Mentoring Preference
Happy to connect with students on a wide-range of topics, including academic advisement, career advancement, effective business writing, and public speaking