About the Music Education Program 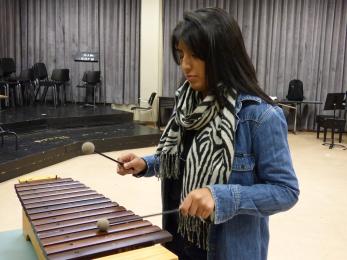 The Music Education program at NJCU is open to students interested in developing their skills for teaching in public and private schools, as well as community music schools and private studios. Working with top music faculty, NJCU Music Education students gain valuable ensemble experience and private lessons as well as advanced knowledge in music theory and history. In-depth courses in music education methods are enhanced by experience in the field as student teachers. 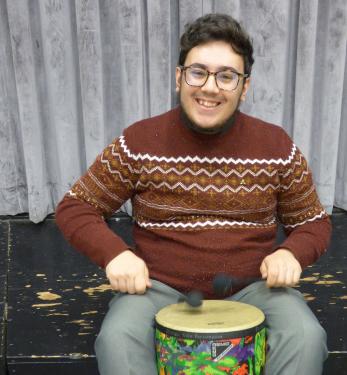 Under the guidance of Dr. Carol Shansky, the NJCU Music Education program explores music education as it exists in today's ever-changing education environments. Students are guided to understand the diversity of students that they may teach and are taught the nimbleness needed for success in the education job market.

NJCU boasts an award-winning collegiate chapter of the National Association for Music Education (NAfME), one that provides peer interaction, support, and community to students throughout their college experience. 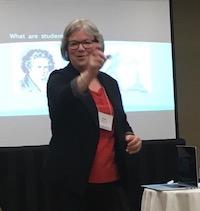 Dr. Carol Shansky has been a music educator for more than 35 years with experience both in and out of school environments. Her career path has touched on a variety of areas in music, culminating in an innovative and modern approach to teaching and performance. In addition to music education, Dr. Shansky is an accomplished performer and music historian.

Dr. Shansky’s research in music education involves the study of participation in music education activities outside of school. To that end she has published papers on community orchestra participation and the spiritual connections made when singing in a choir at a house of worship. Her publications have appeared in journals such as the Journal of Musicological Research, RIME (online) and the Journal of Historical Research in Music Education. Her scholarly book, “The Hebrew Orphan Asylum Band of New York City: Community Culture and Opportunity” is published by Cambridge Scholar Publishing and her textbook, “Musical Tapestries: A Thematic Approach to Music Appreciation” is published by Kendall-Hunt.

A flutist, she has been heard in recital in Boston, Pittsburgh, San Jose, New York City and in other venues on both the west and east coasts. Her European debut was at the European International Festival in Geneva, Switzerland as a prizewinner of the Concerts Atlantique Competition. A particular interest in chamber music has brought her to concert halls at the British Arts Center of Yale University, Carnegie Hall’s Weill Recital Hall, Tanglewood’s Little Theatre, and the Bruno Walter Auditorium at Lincoln Center. In addition, Dr. Shansky has performed by invitation at the conventions of the National Flute Association, College Music Society and others. Carol Shansky has been a prizewinner in the Pearl Amster Concerto Competition, the JCC of Metro NJ Young Artist’s Competition, and Artists International. A chamber musician and orchestral flutist, Carol Shansky is principal flute of the Bergen Philharmonic Orchestra. She has been interviewed by and performed live on New York Public Radio and North Jersey Public Radio. Comments from reviewers are “smooth, legato flute tones…performed with skill and understanding” (Rockland Journal-News), “…produces a lovely tone with a large palette of colors and timbres, her breath control allows her to spin out endless phrases without losing pitch or quality” (Edith Eisler, New York Concert Review).